Peyton Manning became one of the greatest quarterbacks in NFL history with the Indianapolis Colts and Denver Broncos. Now that vacancies have opened up for both teams with Nathaniel Hackett and Frank Reich two of the latest NFL coaches fired, there is speculation about Manning’s potential availability.

Unlike many all-time great quarterbacks, Manning isn’t done with the NFL. He was part of a bidding group to purchase the Broncos and remains an integral part of ESPN’s NFL coverage. More importantly, many have always believed he would one day rejoin the league in a prominent role.

Meanwhile, Denver is now being led by the richest owners in NFL history and they want someone who can resurrect the franchise. Years after Manning stepped in and won a Super Bowl, he could become a hero once again in Denver if he helped resurrect Russell Wilson. 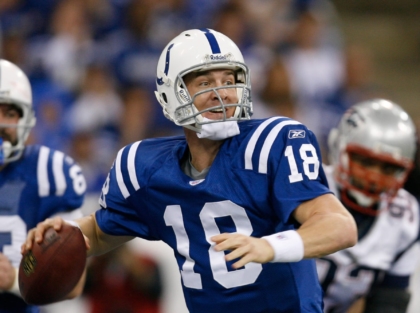 While Manning’s mind and leadership are great qualities for a coach, the time commitments that come with the job would likely be far more than he wants. The 46-year-old has two kids with his wife, Ashley Thompson Manning, family members he would lose opportunities to be around if he became a head coach.

Besides, there are better opportunities available. The combination of his mind, business approach, football intelligence and personality could lead him to a future as a team president. Some have even speculated he could become the future NFL commissioner.

Besides, there is far more money to be made with the ManningCast and with his entertainment company Omaha Productions. He might be willing to offer advice to the Broncos and Colts on who to hire, but it’s evident that’s the only involvement he wants in a coaching search.