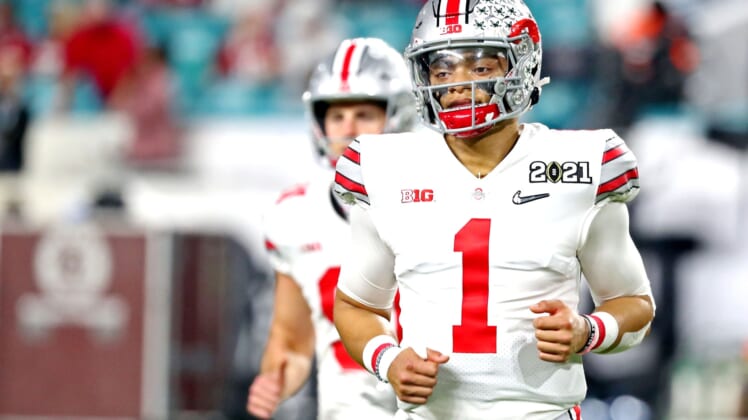 After seeing three players on their roster as finalists for the Heisman Trophy, the Alabama Crimson Tide head into the College Football Playoff National Championship Game as nine-point favorites against Ohio State.

This spread has changed from Alabama being -6.5 points following its semifinal win over Notre Dame and after Ohio State upset Clemson. Even then, one bettor in Las Vegas opted to wage a cool half million on Justin Fields and the Buckeyes to come out on top. This is not a drill.

Keep in mind, this is not to cover. It’s for Ohio State to win the national championship outright. Said bettor would win a cool $1.3 million should the Buckeyes come out victorious.

Heading into the game, Alabama received 55% of the bets in Las Vegas with the Crimson Tide getting 60% of the money around the betting world.

Even then, Ohio State is coming off a thrilling win over Clemson in the semifinals. It’s a game that saw the above-mentioned Justin Fields outplay consensus No. 1 pick in the 2021 NFL Draft Trevor Lawrence.

For fans of the pro game watching this one, we project seven first-round picks in the 2021 NFL Draft will be playing in this national title game between Ohio State and Alabama.