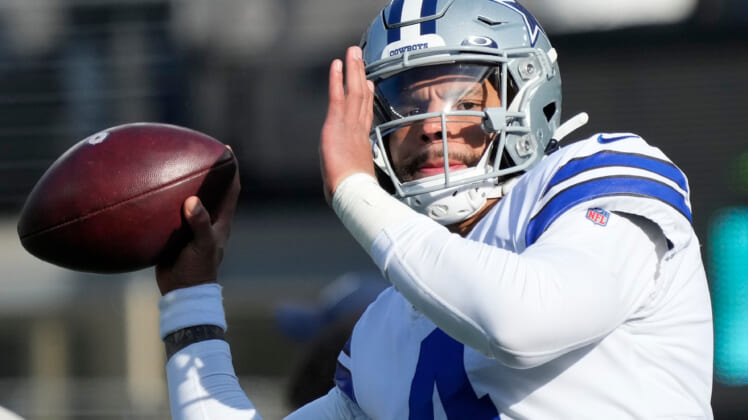 NFL Week 17 has arrived and that means the first football games in 2022 are set to kick off. With the regular season drawing to a close and playoff spots on the line, Sunday’s slate of games promises to deliver excitement.

Ordinarily, this would be the final week of the regular season. But the move to a 17-game schedule means there is even more football ahead. In NFL Week 17, we’ll see division winners decided, major awards won and could even witness some history along the way.

Let’s dive into our bold predictions for NFL Week 17.

Once viewed as a Super Bowl contender, arguably the team to beat in the NFC, the Arizona Cardinals enter NFL Week 17 at risk of suffering a four-game losing streak. Losing to the Los Angeles Rams was excusable, but suffering defeats to the Detroit Lions and a short-handed Indianapolis Colts roster is far more troubling.

Arizona should be particularly concerned about its matchup against Dallas. In the last six games the Cardinals have allowed 13 sacks and left Kyler Murray under constant pressure. A weakened offensive line now must face Randy Gregory, DeMarcus Lawrence and Micah parsons, arguably the most dangerous pass-rushing trio in the NFL. 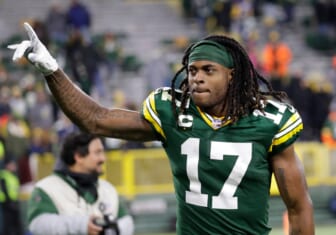 The Cowboys don’t have to worry about containing DeAndre Hopkins, who is on injured reserve. They can just create havoc in the pocket, force Murray into bad decisions and take advantage with their own explosive offense. It’s a recipe for Dallas to win by two scores.

Cooper Kupp is almost certainly going to set single-season NFL records, it’s just a matter of when he does it. The star wide receiver entered Week 16 just 340 yards shy of Calvin Johnson’s single-season yardage record (1,964) and 18 receptions shy of becoming just the third receiver in NFL history with 140-plus catches in a season.

Now Kupp draws a matchup against one of the worst secondaries in the NFL. The Baltimore Ravens were just torched by the Cincinnati Bengals and they give up 100-yard games like opposing wide receivers are on their fantasy teams. It’s also unlikely that Baltimore replicates its unique coverage used against Davante Adams. If Matt Stafford enters MVP mode in NFL Week 17, Kupp could deliver the first NFL season with 140-plus catches and 1,900-plus yards.

The last time these two NFC North rivals met, they combined for 65 points with thrilling action in the closing minutes. Nothing we’ve seen since that Nov. 21 matchup suggests things will change at Lambeau Field, even if the weather isn’t as cooperative.

For the Vikings’ offense, the recipe for success is simple. Green Bay never had an answer for Justin Jefferson (169 yards, two TDs) in the previous meeting and that’s unlikely to be any different in the rematch. But that’s also not the only way to exploit Green Bay’s defense. Opponents are averaging 6.7 ypc and 166 rushing yards per contest against the Packers in the last three weeks. Whether it’s Dalvin Cook or Alexander Mattison, they will take advantage.

On the other side of the ball, there are similar mismatches for Matt LaFleur to exploit. He can move Davante Adams around to get him open, find ways to feed the rushing duo of Aaron Jones and A.J. Dillon or he can just draw up easy plays for Aaron Rodgers to exploit. No matter how it happens, we’re expecting tons of points.

The Cleveland Browns are fighting for their lives. Neither they nor the Pittsburgh Steelers expected to be in this spot, fighting for one playoff spot in NFL Week 17 with the loser eliminated from contention. But when these two foes take the field on Monday Night Football, we should see Nick Chubb’s brand of football.

Frankly, the Browns need to make this game about Chubb. Coddling Baker Mayfield or trying to use this game to see if he’s worth a contract extension will result in a loss. If Cleveland wants to keep its slim playoff hopes alive, Chubb needs 25-plus carries.

Against a defense allowing 181.7 rushing yards per game since Week 9, including three 200-yard performances, the recipe for success should be easy for Kevin Stefanski. If this game is put on Chubb’s shoulders, he will deliver a performance for the ages.