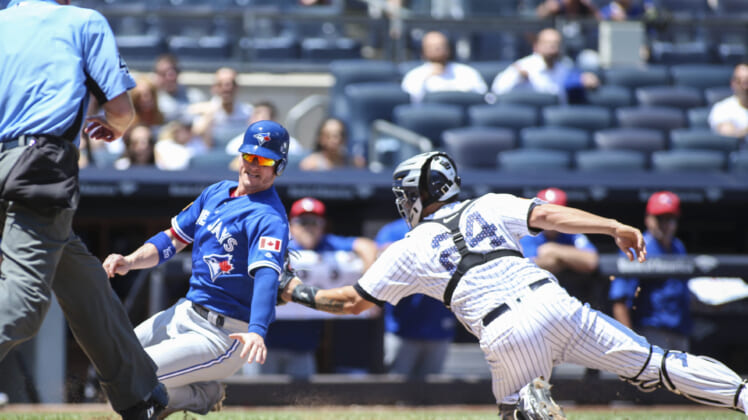 On the same day players reported to Spring Training, the New York Yankees and Minnesota Twins have swung a blockbuster trade. In the deal, the Yankees are sending catcher Gary Sanchez and third baseman/shortstop Gio Urshela to the Twins for third baseman Josh Donaldson, shortstop Isiah Kiner-Falefa, and catcher Ben Rortvedt. Jeff Passan was the first to break the news.

What Gary Sanchez trade means for the New York Yankees

The Yankees are excited about the defensive upgrade going from Gary Sanchez to Ben Rortvedt.

While Rortvedt may not offer the pop that Sanchez does, they have several other big bats in their lineup to get the job done, in addition to the newly acquired Josh Donaldson, who is supposedly thrilled to be a Yankee.

What Josh Donaldson trade means for the Minnesota Twins

For the Twins, it’s their second major trade of the day, and their third deal in the past two days.

There’s been conflicting reports suggesting the Twins don’t plan on keeping Sanchez, but the most recent reports have them holding onto their new power bat. He is likely to fill the backup catcher role behind Ryan Jeffers, while Sanchez is a good bet to be the DH.

Trading Donaldson saves them roughly $42 million on their payroll. They’ve already been known to have interest in adding another pitcher after acquiring Sonny Gray earlier in the day. And now there’s a need for a starting shortstop as well.

It’s even more interesting that the Twins would trade Kiner-Falefa just a day after acquiring him and touting his skillset. Instead, Gio Urshela appears to be in line to play third base, but he also has the ability to play short. Now they once again may be on the hunt for another starting shortstop.

Carlos Correa is still out there on the free agency market and after shedding Donaldson’s contract, perhaps there’s a path to signing the Gold Glover. But there’s been no indication that he’s in their plans just yet.