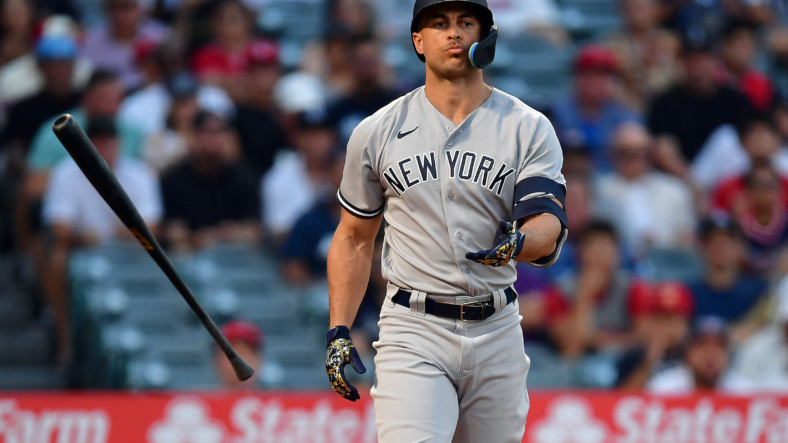 It can’t be reiterated enough, considering the measure of injuries that the New York Yankees have endured this season. A substantial piece of the bullpen has been abolished due to injuries and the lineup has suffered no less.

New York is practically contingent on its power pitchers and sluggers, with the latter even more crucial to the team’s success. With figures such as Giancarlo Stanton and Luis Severino encountering significant setbacks, New York is constantly concerned for its players well being. Yes, the vast majority of teams are bound to experience a setback here and there, yet the Yankees are exceptionaly prone to injuries.

As Aaron Boone’s squad enter’s the final stretch of the season, the lineup has gradually began to create loud contact. They collected 20 runs between the final two games against the Tampa Bay Rays, six of them via the long bomb. New York will head to Boston for a brief two game stint as it continues the pursuit of the number one seed.

Ahead of Sunday’s rubber match vs Tampa Bay, the Yankees began the process of their rehabbing personnel. Harrison Bader, Miguel Castro and Aroldis Chapman all commenced a rehab assignment at Double-A Scranton. Southpaw Zach Britton was additionally transferred to Triple-A Scranton with hopes of a prospective return.

When the Yankees drew up their deadline needs, centerfield was a role that had to be addressed. Currently employed by Aaron Hicks, there was a sense of urgency to replace their scuffling outfielder. They acquired Bader from the St. Louis Cardinals, who was initially injured. The 28-year-old slashed .256/.303/.370 in his bird-over-bat uniform.

When the Bronxville native assumes his role in center field, the atmosphere in the Bronx will drastically change. Bader brings a lot to the table, but his approach to the game is it’s own entity. He’s widely regarded as the most-potent defensive center fielder in the game, which would supplement an authoritating outfield of Judge-Stanton. Although, Stanton hasn’t embraced the outfield since his return, his performance is largely dependant on where he plays in the lineup (As a right fielder in 2022: .258/. 317/.531/ designated hitter: 189/.288/.422).

Bader’s bat isn’t much of a showstopper, but his compact stroke can produce 10-15 home runs a season. He began to compile louder contact in 2021 when he smacked a career-high 16 home runs. On a more urgent matter, the 28-year-old would have a limited time frame to gather himself in the major leagues, considering that the postseason is just around the corner. Nonetheless, Bader is under team control through 2023 and could be the missing piece to a championship-caliber roster.

Zach Britton might not return as the force he once was

Zach Britton is on the verge of making his season debut as the organization transferred him to Triple-A Scranton. The southpaw was treated with Tommy John last Spetember and could join the team in the near future. He recorded 3.1 innings of work at Low-A Tampa while surrendering just one earned-run.

The New York Yankees hope that Britton can channel his vintage form and seamlessly adapt to the major league environment. Although, there were growing concerns when the 34-year-old granted the highest ERA (5.89) of his Yankee tenure in 2021. His BB/9 rate (6.87) increased by three and change, and his FIP swelled by nearly three digits. These abnormal numbers could be a result of his elbow issues in 2021, but there is a possibility that his age has worn him out. Needless to say, that notion could be completely dismissed if Britton proves to be an asset.

When put into perspective, the injured list is becoming a haven for the Yankees, which is surely not something to boast. They continue to combat adversity and anticipate the arrival of their recovering stars. It’s only a matter of time before the roster retains its full capacity.