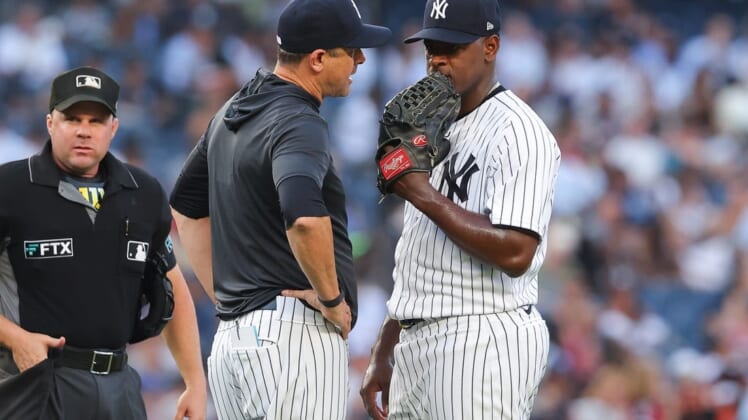 The injury, diagnosed as a low-grade strain, occurred Wednesday against the Cincinnati Reds. Severino was removed before the start of the third inning.

In a corresponding move, New York recalled right-hander Ryan Weber, while right-hander Jonathan Loaisiga was reinstated from the IL. Left-hander JP Sears was optioned to Triple-A Scranton/Wilkes-Barre on Wednesday.

Severino averaged 94.1 mph on his fastball in Wednesday’s game, down from his season average of 96.1. He allowed three consecutive home runs to Kyle Farmer, Mike Moustakas and Stuart Fairchild in a span of five pitches in the second inning.

After Fairchild’s homer, Yankees manager Aaron Boone and a trainer came out for a mound visit, while Severino went on to finish the inning.