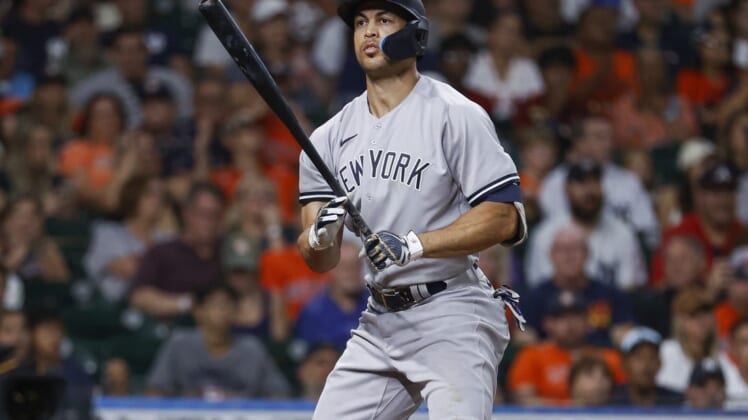 Yankees manager Aaron Boone told reporters Friday that Stanton would face Luis Severino for live batting practice on Tuesday if his weekend in the minors goes according to plan.

Stanton last played July 23 before being placed on the injured list with left Achilles tendonitis. He worked out before New York’s game Friday night against the visiting Toronto Blue Jays.

Boone added that the Yankees aren’t worried about getting Stanton back into the outfield.

“We’ll eventually get to that point,” Boone told reporters. “But first things first, want to get him in the DH spot, just get him back in, and then we’ll … kind of like we did last year, where we built on the run — the outfield reps, we’ll hopefully make that a part at some point, but not immediately.”

Severino, for his part, has been out since July 14 with a low grade lat strain. He was transferred to the 60-day injured list and won’t be eligible to return until the middle of September. The right-handed starting pitcher told reporters he felt ready to face live hitting.