ESPN’s Adam Schefter reported that Turner agreed to terms on a one-year contract with the Steelers. DeCastro’s release came as something of a shock to the NFL world, and even though acquiring Turner amends that to some degree, there are still other moves the Steelers should make.

Let’s take a look at some solid transactions general manager Kevin Colbert could still pull off to improve Pittsburgh’s roster.

It doesn’t seem like the Steelers will bring DeCastro back, considering NFL Network’s Mike Garafolo reported the six-time Pro Bowler is “evaluating his future” due to a nagging ankle injury. Turner was Pro Football Focus’ 79th-ranked guard out of 80 qualifiers last season.

Four of five prior starters on the offensive line are gone, and Pittsburgh arguably didn’t find upgrades with any of its replacements. Left tackle remains a need after Alejandro Villanueva left for the rival Baltimore Ravens.

It’s important to establish all that, because Russell Okung is the best offensive lineman still available on the open market. If Turner proves 2020 was a mere down year and he bounces back, and Okung plays to his potential, suddenly the Steelers are much more formidable in the trenches.

But while rookie first-round tailback Najee Harris should boost the rushing attack with his ability to generate yards after contact, it’s most important for Pittsburgh to find a better blind-side protector for aging quarterback Ben Roethlisberger. That’s where Okung would be a huge asset if the price is right.

Pretty simple math here: The Steelers don’t have a viable contingency plan behind Big Ben, unless you count, um, Mason Rudolph and Dwayne Haskins. They’re facing the typical championship expectations, and both their backup QBs don’t pose a threat to run.

Even after DeCastro’s release saved Pittsburgh $8.75 million, Turner’s contract will take up some part of the $15.3 million in cap space the team has left. Even if it’s a small number, the Steelers need cost-effective options to upgrade any position. 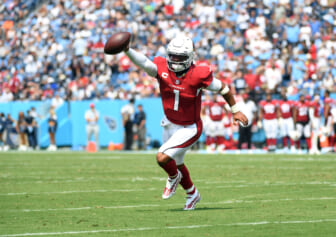 Imagine Mariota rolling into the Steel City, for a legendarily stable organization that’s employed two head coaches since Chuck Noll, with the chance to succeed Roethlisberger.

If he were traded from Las Vegas to Pittsburgh, Mariota would count only $1.75 million against both teams’ cap for 2021. The Steelers should just give up, say, a fourth-round pick, sign Mariota to a new, two-year contract loaded with incentives, and have him as an excellent insurance policy.

The only other move that seems suitable for the Steelers right now is to lock up all-world edge defender T.J. Watt before he gets any second thoughts about leaving the team.

To be clear, there’s no indication Watt wants out or anything. It’s just that he can’t feel good about the direction of the team as of now, particularly at the most important position on the field.

If Pittsburgh can just make a convincing sales pitch, and get Watt to agree to a backloaded, record-setting contract extension, that’ll be a huge weight off for the young superstar and for the franchise.

Watt single-handedly transforms the Steelers’ defense, and based on the current look of the offense, he might get cold feet about an extension if the 2021 campaign goes wrong. They need to get him to sign on the dotted line as soon as possible so they can dedicate all other resources to solve their post-Big Ben plans at quarterback. 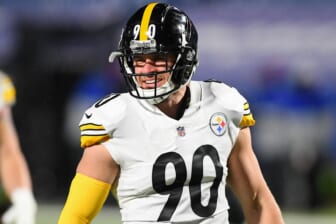