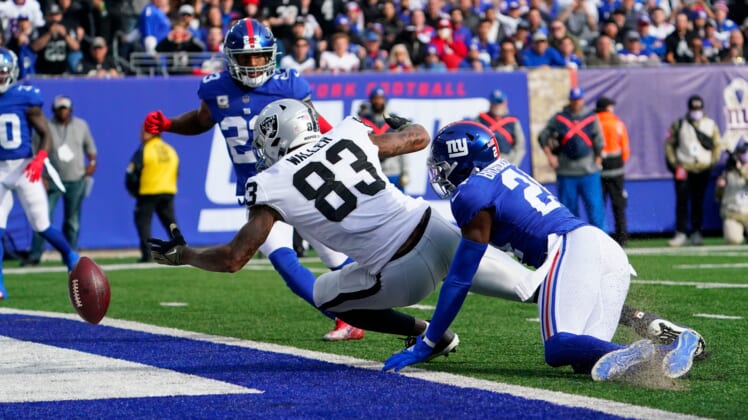 The Las Vegas Raiders took an aggressive approach this offseason to upgrade their passing attack and pass rush. As the 2022 NFL season draws closer, there could be another potential big move to bolster the secondary.

Throughout the spring, the New York Giants have explored James Bradberry trade scenarios even if it meant taking a cap hit. While multiple teams expressed interest in acquiring the 6-foot-1 cornerback, his contract and dip in production last season limited the potential market for New York.

As the Giants now reshape their roster and prepare for training camp, many around the league expect Bradberry to be released.

While there will be plenty of competition for the veteran defensive back, one reported landing spot stands out. 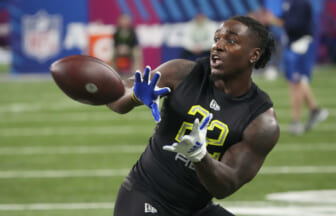 NFL insider Benjamin Allbright shared that the Raiders are a team to watch for Bradberry if he’s released by New York, with there expected to be real interest from Las Vegas.

Las Vegas likely wouldn’t be counting on Bradberry to return to his Pro Bowl witnessed during his 2020 campaign. Two years ago, he held opponents to a 70.1 passer rating when he was targeted per Pro Football Focus, allowing just 10.3 yards per reception

He did take a step back in 2021, looking more like a No. 2 cornerback with struggles against some of the best receivers in the NFL. However, he’s been a reliable starter during his NFL career and Las Vegas could benefit from adding a boundary cornerback opposite Rock Ya-Sin.

There’s another reason this is a viable landing spot. Bradberry spent two seasons in Patrick Graham’s scheme, familiarizing himself with the coverages and what the defensive coordinator wants his cornerbacks to do. With Graham now overseeing the Raiders’ defense, bringing that veteran leadership and experience would be beneficial for everyone.

It’s only a matter of time until New York releases Bradberry, moving on from the defensive back it made one of the highest paid NFL players a few years ago. While the Raiders would have to compete for Bradberry’s services and they might not be able to offer the most money, familiarity and the shot to join a contender are appealing factors.