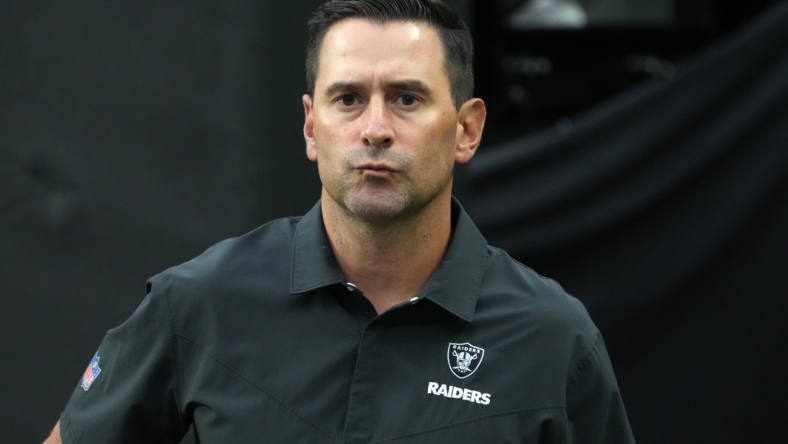 On Wednesday, Las Vegas Raiders general manager Dave Ziegler talked about a variety of matters, including the trade deadline, the team’s 2-5 start, and his primary goal this year. He spoke like a general manager with his eyes already on the future.

Even though the Raiders made some win-now moves, acquiring wideout Davante Adams from the Green Bay Packers, signing 32-year-old edge-rusher Chandler Jones to a three-year, $51 million contract, and handing out extensions to core players such as Derek Carr, Maxx Crosby, Hunter Renfrow, and Darren Waller, they’re nowhere close to a playoff-caliber squad right now.

First, the Las Vegas Raiders have to put together complete football games. They’ve done it once this season—in a 32-23 win over the Denver Broncos in Week 4. Other than that, the team has played a good quarter here and a good half there up until it went completely flat in a 24-0 loss to the New Orleans Saints last week.

Ziegler didn’t say the Raiders have a rebuild situation, but he suggests that the regime is in the “getting-to-know-you” stage with the roster, which likely means we could see significant changes next offseason—and with that approach, you must have patience.

Las Vegas Raiders fans would rather hear the other P-word (playoffs), but barring a strong run, similar to what we saw at the end of last year, you’ll have to settle with patience. Sure, that’s painful to hear if you’ve waited 20 years to see the Silver-and-Black win a playoff game, but that’s the reality that Ziegler talked about in Wednesday’s press conference.

Ziegler essentially told everyone that 2022 is a year for evaluation. So, if thought the playoff window opened once you saw notable veterans sign extensions and two big-money acquisitions join the roster, think again.

Of course, Ziegler and company went into the season with the intention to win now with an eye for the postseason, but that likely changed once Vegas started off 0-3 and lost its biggest lead (20-0) in franchise history in a loss at home to the Arizona Cardinals.

Josh McDaniels must adjust to his players, not the other way

By the way, regardless of what Ziegler says, he knows quarterback Derek Carr, wide receiver Hunter Renfrow and even tight end Darren Waller (when healthy) don’t look like the same players from previous years. You can say they’re struggling with head coach Josh McDaniels’ system, but team brass must figure out why.

McDaniels says he’s learned from the past. Perhaps he has to be less rigid and work with the strengths of his players rather than try to fit them into a specific mold. Former NFL offensive lineman Rich Ohrnberger mentioned as much when he explained the difference between the league-leading Eagles and Raiders, “[Eagles] Head coach Nick Sirianni has built an offense around his players in Philly, Josh McDaniels is trying to make players fit HIS offense in Vegas. One’s working, one’s not.”

In fairness to McDaniels and his staff, they’re in Year 1, and Sirianni has an undefeated Philadelphia Eagles team at 7-0 in his second year. Ironically, Sirianni awkwardly spoke about the progress that the Eagles made early in his first year before his squad lost to the Raiders and dropped to 2-5:

Well, look at the Eagles now.

No one is saying the Las Vegas Raiders will start out 7-0 in McDaniels’ second season with the team, but Ziegler wants us to believe what Sirianni said about his team a year ago. The people in the building notice the improvements, but the product on the field hasn’t quite reflected that yet.

However, the Eagles did something significant to turn their season around and make the playoffs after a 2-5 start last year. They established an identity with a record that’s similar to the Raiders’ current record. Philadelphia leaned on its ground attack and used Jalen Hurts’ dual-threat capabilities in run-pass option designs.

Carr isn’t a comparable quarterback to Hurts in athleticism, but the objective remains the same. McDaniels’ offense needs an identity.

Is it a pass-heavy offense that features what’s supposed to be one of the league’s top pass-catching groups with Adams, Renfrow, and Waller? Or should the Las Vegas Raiders continue to feed running back Josh Jacobs 20-plus carries as they did when the team pulled out a couple of wins between Weeks 4 and 7?

If the Las Vegas Raiders want to feature the run game, perhaps Jacobs needs to stick around while the team’s key offensive players are in or around their prime years. We have no idea if rookie fourth-rounder Zamir White can duplicate what Jacobs does because he hasn’t had the opportunity to showcase himself in the regular season. 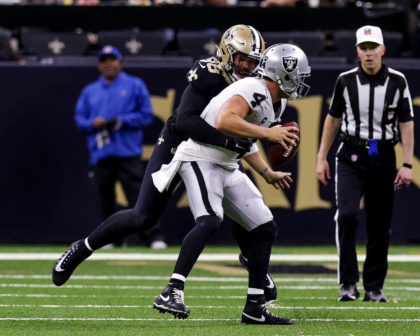 What else did the Eagles do? This past offseason, they bolstered their defense on all three levels.

Aside from Crosby, Hobbs, and Tre’von Moehrig, who’s struggled this season, the Raiders will need to remodel their defense on every level because of underperforming or aging talent.

The Eagles set a high bar for a team that started 2-5 a year ago, but they’ve also shown a quick turnaround is possible with the right moves in-season and during the offseason. Ziegler, McDaniels, and even defensive coordinator Patrick Graham haven’t earned the benefit of the doubt but turning the Raiders into an actual contender isn’t an impossible task.