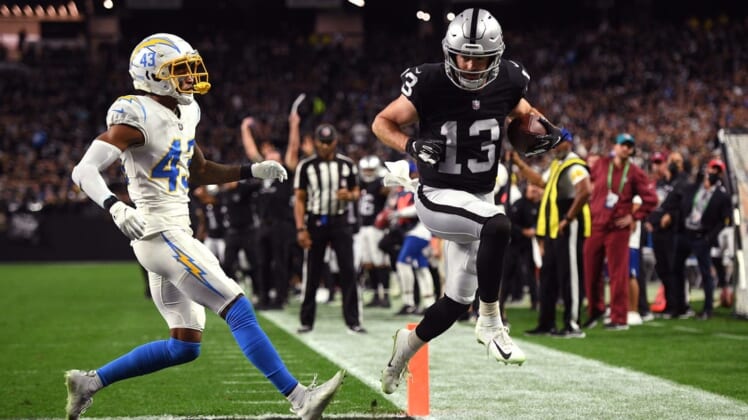 The contract contains a reported $21 million in guaranteed money. He initially was signed to a four-year, $2.83 million rookie deal after the Raiders selected him in the fifth round of the 2019 NFL Draft.

Only Pro Football Hall of Fame member Tim Brown had more catches in a season in Raiders history, hauling in 104 in 1997.