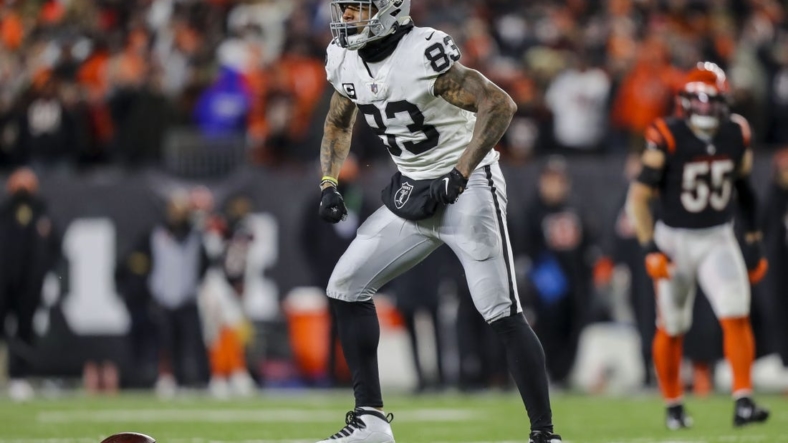 A Pro Bowl tight end has helped to ensure his future in Las Vegas, as the Raiders and Darren Waller have reached an agreement on a three-year contract extension worth $51 million.

Waller, 29, began his career on the practice squad in Baltimore, eventually recording 12 receptions over two seasons for the Ravens. After a six-reception debut season with the Raiders in 2018, he recorded back-to-back 1,000-yard seasons in 2019 and ’20 before knee and back injuries limited his 2021 numbers to 55 receptions for 665 yards in 11 games.

“Darren Waller is an exemplary teammate in every way, and we’re excited to see him continue to grow as a leader on this team,” Raiders coach Josh McDaniels said on the team’s website. “Darren brings a tremendous commitment and work ethic to the building every day, and we couldn’t be more thrilled that he will be a part of the Raiders Family for years to come.”

Waller’s 2020 season resulted in a Pro Bowl selection after he set a team record with 107 receptions for 1,196 yards and nine touchdowns.

Despite having two years left on his previous contract, Waller sought to get a deal done before the start of the Raiders’ regular season against the Chargers in Los Angeles on Sunday, and the two sides made the deadline by a day.