The Dallas Cowboys are returning to Hard Knocks, featured on the HBO and NFL Films’ special for the third time since the iconic series was created.

Fans are already excited to watch the most popular team in the NFL return to the biggest spotlight, with “Hard Knocks” keeping a close eye on everything that will go on at training camp. If the trailer is any sign of what’s to come, the franchisee will be playing into its role perfectly this summer.

Coming off a year that saw “Hard Knocks” draw its lowest ratings ever, it’s hard to blame the NFL for the decision. The Cowboys are always a massive draw and this season, even more so than others, promises to deliver plenty of interest for football fans.

Let’s quickly examine the best storylines for the upcoming season.

Every NFL fan remembers seeing the gruesome injury. Dak Prescott went down in Week 5, suffering a dislocated and compound fracture that instantly ended his season and the Cowboys’ playoff hopes. When it first happened, there were fears about his return to football.

The latest updates are all positive. Prescott will be ready for training camp and he has a lot to prove. Not only will the Pro Bowl quarterback want to prove he is healthy, he also wants to demonstrate he earned that massive contract. While Dallas might limit his reps, what matters is Prescott proving he can move and throw without limitation.

If he looks great throughout training camo, this team will reclaim its reputation as one of the NFL’s best offenses.

Can the Dallas Cowboys play defense?

It can’t be overstated how bad the Cowboys were defensively this past season. Mike Nolan proved to be a disaster hire as defensive coordinator and this secondary couldn’t stop anyone. Mike McCarthy addressed one of those problems, hiring Dan Quinn. But there are still significant questions about the talent on the Cowboys depth chart.

Dallas didn’t adequately address its secondary this spring. The franchise spent a first-round pick on linebacker Micah Parsons, arguably a luxury pick. It took corner Kelvin Joseph, a project, at No. 44 overall and Nahshon Wright with the No. 99 pick. Entering training camp, there isn’t a cornerback to feel confident about providing consistent coverage. We’ll see if that concern is lessened on “Hard Knocks” this August. 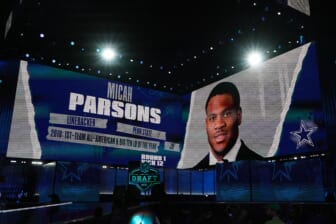 Is Ezekiel Elliott in decline or poised for a rebound season?

One of the highest-paid running backs in the NFL showed real signs of decline this past season. He averaged a career-worst 4.0 yards per carry, did very little in the passing game and just lacked explosiveness. In fact, per NFL.com’s Player Profiler, he ranked 38th in breakaway runs last season.

But Dallas is hyping up its Pro Bowl running back once again. Dak Prescott said Elliott is in the best shape of his life and there is buzz about his great conditioning. We’re about to find out whether or not this is all smoke or legitimate. If Elliott looks slow, “Hard Knocks” will give Tony Pollard an opportunity to prove he deserves a bigger role this fall. 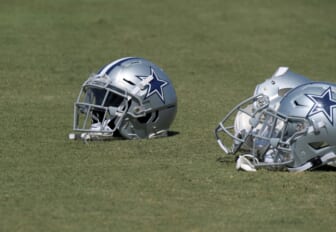 The Cowboys rushed into hiring Mike McCarthy, believing his ugly exit from the Green Bay Packers was partially a reflection on Aaron Rodgers more than the coach. Jerry Jones was especially convinced when McCarthy shared that he watched and analyzed every snap from the Cowboys’ 2019 season.

McCarthy admitted that was a lie in his introductory press conference. The veteran coach’s decision to hire his friend, Mike Nolan, also backfired in epic fashion. The team’s final record could be blamed on the Prescott injury, but that excuse won’t mean anything in 2021.

There shouldn’t be a hotter seat than the one in Dallas. The cameras should follow McCarthy closely this summer, showing his process and revealing whether or not he is as invested in analytics as he once suggested. From a drama perspective, his successor being on the staff (Kellen Moore) will make “Hard Knocks” even better.