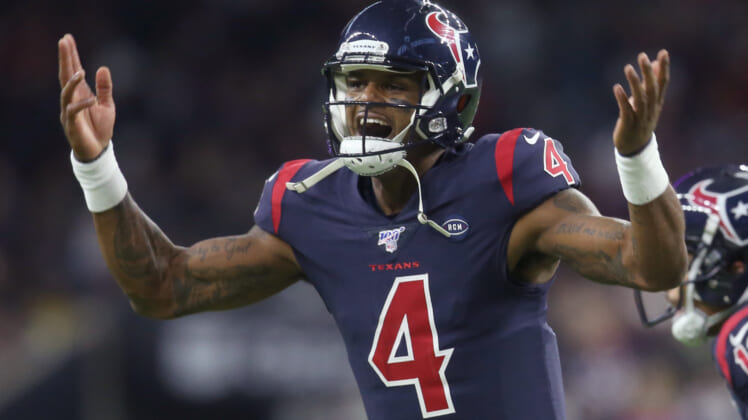 UPDATE: Earlier it had been reported that charges could still be brought against Deshaun Watson as he faced allegations of sexual misconduct from more than 20 women. A second grand jury has just declined to indict Watson regarding any potential criminal charges.

The Brazoria County district attorney, Tom Selleck (not that Tom Selleck), has released a statement on his decision. At the bottom of the statement, you’ll also see an official response by the NFL.

Prior to indictment, Deshaun Watson faced the possibility of sexual misconduct charges

Acquired by the Cleveland Browns in a blockbuster trade this past weekend, Deshaun Watson entered the team’s facility in Ohio on Thursday to take a physical. The expectation is that Watson will take part in an introductory press conference on Friday.

Obviously, there’s going to be a ton of questions relating to the north of 20 women who have accused the three-time Pro Bowl quarterback of sexual misconduct.

Watson sat out the entire 2021 season with his former Houston Texans team as the allegations of inappropriate behavior became public record.

While a Grand Jury in Harris County, Texas, refused to charge Deshaun Watson criminally in nine of the 10 criminal allegations of sexual misconduct, this doesn’t mean the quarterback wasn’t still in hot water.

According to this report from Jenny Vrentas of The NY Times, another Grand Jury was considering criminal charges against Watson stemming from a 10th allegation of sexual misconduct.

“The publicly available police report was heavily redacted but said that the complainant told police that Watson ‘touched her with his penis and ejaculated causing semen to touch her arm and hand.’

The complainant, whose name was redacted in the criminal complaint, is one of the 22 plaintiffs who are suing Watson in civil court for sexual misconduct during massage appointments.”

The unnamed accuser’s lawyer, Tony Buzbee, indicated that he expected a decision on charges to come down either Thursday or Friday. As for Watson’s attorney, Rusty Hardin, he was not immediately available for comment.

This comes out of left field after the aforementioned Harris County Grand Jury opted against filing charges against Watson.

With that said, this allegation is outside of the jurisdiction of the Harris County District Attorney’s Office. In addition to Mr. Hardin, the Browns could not be reached for comment surrounding Thursday’s big news.

All of this comes with the Browns finding themselves under a microscope for trading for Watson while there’s still north of 20 civil cases pending against the talented quarterback. 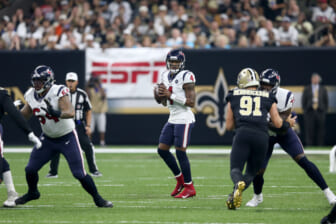 Also Read:
Deshaun Watson: How the troubled NFL star will do with the Cleveland Browns

The lawyer for those accusing Watson of wrongdoing indicated after the trade was made official that the Browns’ organization did not reach out to him.

“The Browns organization did not reach out to me. I didn’t expect them to do so, and can understand why they didn’t. But, knowing what I know, they probably should have.”

This came immediately after the Browns released a statement defending their trade for Watson while saying that it came after an extensive internal investigation into the allegations.

“We spent a tremendous amount of time exploring and investigating the opportunity to trade for Deshaun Watson. We are acutely aware and empathetic to the highly personal sentiments expressed about this decision. Our team’s comprehensive evaluation process was of utmost importance due to the sensitive nature of his situation and the complex factors involved.”

As for the NFL, the league also released a statement saying that the Watson trade would have no impact on its investigation. In broader terms, this means the star quarterback could very well still be suspended. In fact, the expectation is that it will happen.

Potential criminal charges against Watson complicates things in a big way. Remember, the Browns signed him to an historical fully-guaranteed five-year, $230 million extension after the trade. They also yielded three first-round picks and change to Houston for the quarterback.

While it might be ways down the road, any criminal charges against Watson could lead to him being placed on the Commissioner’s Exempt List until the process plays out.

Sure Cleveland has language written into the contract that would prevent the aforementioned guarantees from becoming reality. However, the trade with Houston has been finalized. There’s no going back on that.

It’s why this was a risky and potentially franchise-altering trade for the Browns.