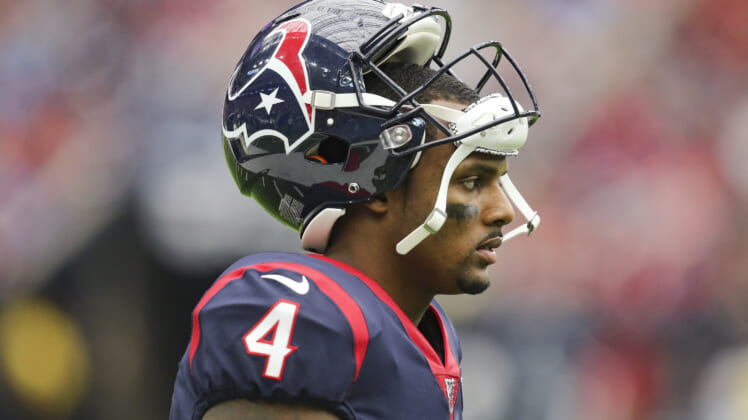 In said statement, the Browns indicated that they had conducted an in-depth internal investigation into allegations of sexual misconduct levied in Watson’s direction by north of 20 women.

“We spent a tremendous amount of time exploring and investigating the opportunity to trade for Deshaun Watson. We are acutely aware and empathetic to the highly personal sentiments expressed about this decision. Our team’s comprehensive evaluation process was of utmost importance due to the sensitive nature of his situation and the complex factors involved.

We also understand there are still some legal proceedings that are ongoing and we will respect due process. It was pivotal that we, along with Andrew Berry and Kevin Stefanski, meet with Deshaun to have a straightforward dialogue, discuss our priorities, and hear directly from him on how he wants to approach his career on and off the field.”

It appears that said investigation did not include reaching out to the lawyer, Tony Buzbee, of the women accusing Watson of sexual misconduct.

“The Browns organization did not reach out to me. I didn’t expect them to do so, and can understand why they didn’t. But, knowing what I know, they probably should have.”

Related: Deshaun Watson, how the troubled NFL star will do with the Cleveland Browns

Not only did Cleveland yield three first-round picks to the Houston Texans for Watson, the team signed the three-time Pro Bowler to an unprecedented fully-guaranteed $230 million contract.

Despite this, the NFL released its own statement on the league-led investigation into allegations surrounding Watson.

“Any transaction would have no effect on the NFL’s ongoing and comprehensive investigation of the serious allegations against Deshaun Watson,” NFL spokesman Brian McCarthy said. “Nor would it affect his status under the Collective Bargaining Agreement and the Personal Conduct Policy.

There remains a strong chance that Watson will be suspended by the NFL for some of the 2022 season. Hence, why Cleveland signed veteran Jacoby Brissett to back him up.

As for the backlash, multiple entities around the NFL have crushed the Browns for trading for a guy who still faces north of 20 civil suits for sexual misconduct. While he won’t face criminal charges, this will be a major backdrop for the remainder of the offseason and heading into the 2022 season.