Brett Favre says Davante Adams’ numbers will drop in 2022: ‘Derek Carr is good, but he’s not in Aaron Rodgers league” 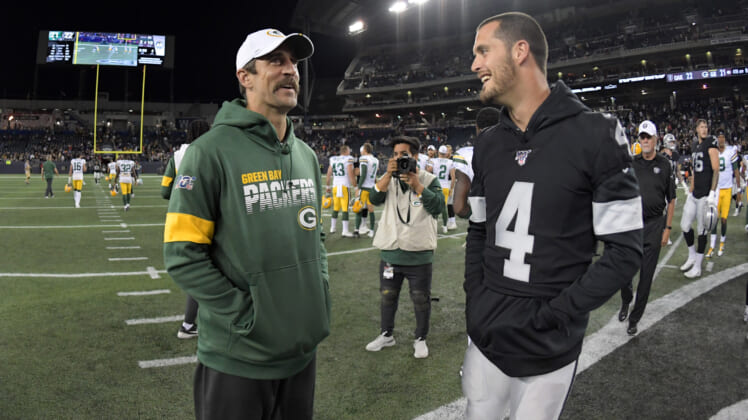 NFL Hall-of-Famer Brett Favre believes that without Aaron Rodgers tossing him the ball, he’d be shocked if new Las Vegas Raiders wide receiver Davante Adams puts up the same numbers in 2022 as he has in previous years.

The Raiders acquiring Green Bay Packers superstar Davante Adams was one of the biggest stories of the early part of the NFL offseason. The team traded Rodgers’ favorite target a little more than a week after he decided to return to the organization was shocking. However, in the end, it was probably the right move for the Packers’ salary cap for years to come.

The move increased the expectations for the Raiders next season and many expect them to compete for the AFC West division title. However, Favre told TMZ Sports on Saturday don’t expect Adams to put up the same insane numbers in Las Vegas that he did with Rodgers. Because while he has a lot of respect for Raiders starter Derek Carr, he says he is nowhere close in talent level to the Green Bay great.

NFL experts and fans will say there is also a flip side to the situation, and the Packers could struggle without Adams in 2022. However, Favre doesn’t see it that way. He believes the team will be just fine with an improved run game and the ability to be more balanced this season than in years past.

“They’ll be okay. It’s hard to replace a great player like Davante Adams. You don’t replace those players. You plug someone in and hope that the others can take up the slack until that person finds their own way,” Favre said” “…Word is their running game is gonna be better with [Aaron Jones and AJ Dillon]. So play-action should be better. I just don’t think Aaron is gonna have to do as much unless they want him to play that way. I think he can hand the ball off, play-action, and pick his shots.” 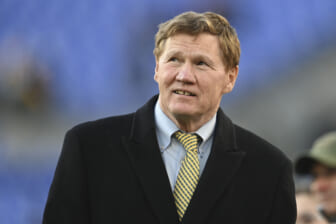