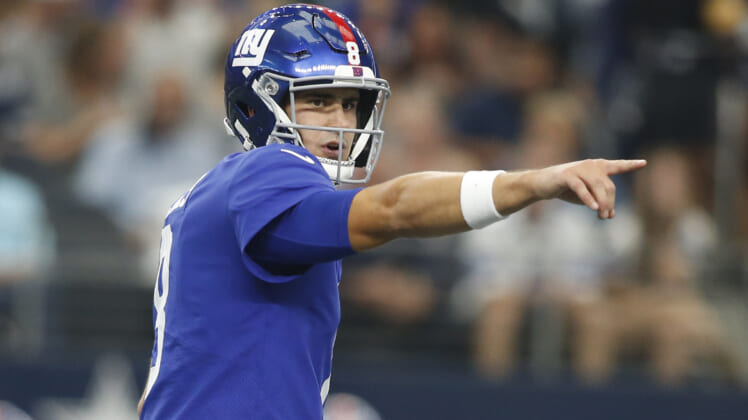 Daniel Jones and the New York Giants might be playing competitive football against the first-place Dallas Cowboys on Sunday.

But now, it’s becoming a war of attrition. Star running back Saquon Barkley exited in the first quarter after an ugly-looking ankle injury. He was almost immediately ruled out for the remainder of the game.

Then, late in the second quarter with New York driving, Jones was on the receiving end of a brutal hit from Cowboys rookie linebacker Jabril Cox. It was pretty darn ugly.

As the replay showed, Daniel Jones was extremely wobbly on the football field in Jersey before being carted directly to the locker room.

Normally, players are checked in the medical tent for a head injury. However, it became pretty darn clear that Jones was not alright. He needed further evaluation in the locker room.

As with the Barkley injury, we’ll have further updates when it comes to Jones once they become available. For now, Mike Glennon is in the game for the Giants.