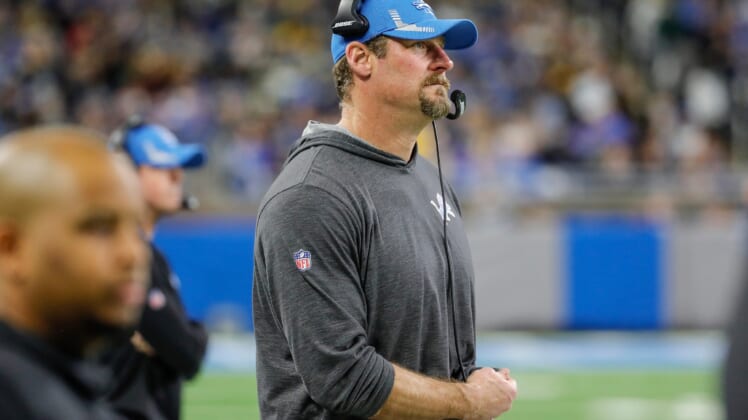 Led by Dan Campbell, the Detroit Lions remained winless longer than any other NFL team during the 2021-22 season. Their first tally in the victory column didn’t come until Week 13, in which it took a touchdown pass from Jared Goff to Amon-Ra St. Brown in the final seconds of the game clock.

The Lions would only go on to win two more games and also had a tie in Week 10, finishing with a 3-13-1 record, the second-worst mark in the league.

Since it was his’s first season as head coach and the Lions were always seen as a rebuilding squad, Campbell is back for his second year in Detroit.

After the Lions made several additions this offseason including DJ Chark, Jameson Williams, Aidan Hutchinson and more, some bettors are feeling quite confident in Campbell’s ability to quickly turn the Lions into a contender.

According to Max Meyer of Caesars Sports, bettors have placed nearly three times as many wagers on Campbell winning NFL Coach of the Year than any other HC. Meyer adds that the money being bet on Campbell is also twice as much as what’s being bet on other individual coaches.

It’s a surprise to say the least that Campbell would suddenly have a better chance to win than other, more established coaches, but crazier things have happened.

Odds for Campbell winning COTY started at 60-1 and have since moved to 25-1.

With Aaron Rodgers returning to Green Bay, Campbell’s Lions will face several inner-division NFC North challenges let alone the other difficulties from navigating their schedule. Yet, after a 3-13-1 season, it would appear there’s a lot of room for growth, which just might be the perfect recipe to earn strong consideration for the prestigious award at the end of the season.

Those looking to witness Campbell for themselves can follow along with him as he coaches the Detroit Lions on HBO’s Hard Knocks, which is set to begin airing Tuesday, August 9.