The Dallas Cowboys boast one of the NFL’s best receiving corps entering the 2021 season. But after paying Dak Prescott and Ezekiel Elliott, the electrifying trio of Amari Cooper, CeeDee Lamb and Michael Gallup might not stay together for long.

Dallas invested heavily at wide receiver during the 2020 offseason. The front office signed Cooper to a $100 million contract and spent the No. 17 pick on CeeDee Lamb, seizing on the opportunity to draft an elite 2020 NFL Draft prospect.

The trio is going to be a huge reason why the Cowboys boast one of the NFL’s best offenses in 2021. But even with a rising salary cap, financial constraints might force Jerry Jones to decide between two of his offensive stars. 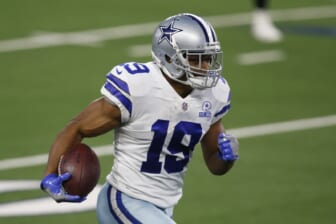 ESPN’s Jeremy Fowler wrote, the Cowboys’ upcoming “money crunch” might force the front office to choose between Cooper and Gallup next offseason.

Dallas is currently projected to be $24 million over the salary cap next season, per OvertheCap. While the organization knows how good Gallup is, they can’t even approach the figures Gallup will receive on the open market in free agency.

There is one way Gallup returns to Dallas next season. If the Cowboys release or trade Cooper next spring, it creates $15 million in cap relief and the savings are even greater if it’s a post-June 1 move.

Financially, it might make more sense to choose Gallup. He is younger and has demonstrated the ability to stay healthy over the past two years. While he would land a lucrative contract next offseason, any deal he signs likely is less than a $20 million annual salary.

The Dallas Cowboys already made it clear a Gallup extension isn’t coming this year, which makes sense for both sides. Fans will enjoy this incredible trio in 2021, but the looming decision will be a fascinating storyline of the 2022 NFL offseason. 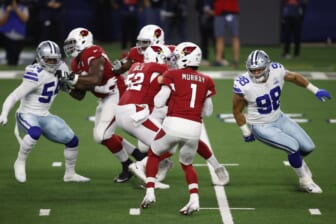