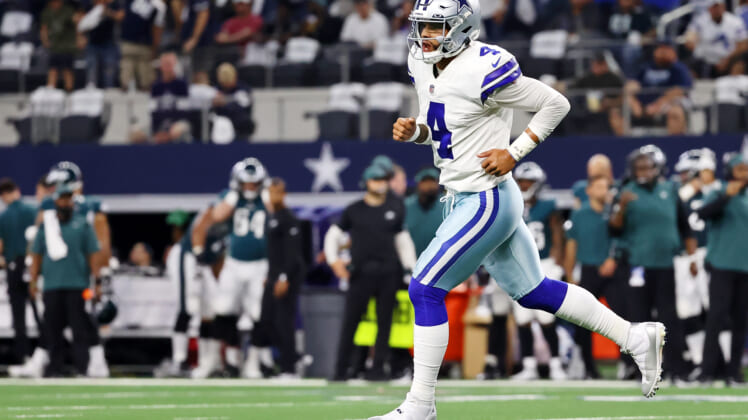 The Dallas Cowboys started out strong Monday night against the Philadelphia Eagles with Dak Prescott leading the team on a game-opening touchdown-scoring drive.

Up 7-0 early in the first quarter, Dallas’ defense then stepped up big time by picking off Jalen Hurts near the end zone.

It looked like the Cowboys were going to get rolling big time after last week’s dramatic win over the Los Angeles Chargers.

Not so fast. Having played stellar football through the first two games of the season, Dak Prescott made a major mistake that cost Dallas six points. He was stripped in the end zone by Eagles defensive lineman Javon Hargrave, only to see Fletcher Cox scoop the ball up for a touchdown.

That’s just a mistake someone with Prescott’s experience can’t make. He needs to find a way to get rid of the ball. At the very least, the veteran must feel the pressure while in the end zone.

For Prescott, this was a rare turnover. And it cost Dallas big time.