5 college football teams who could surprise this season 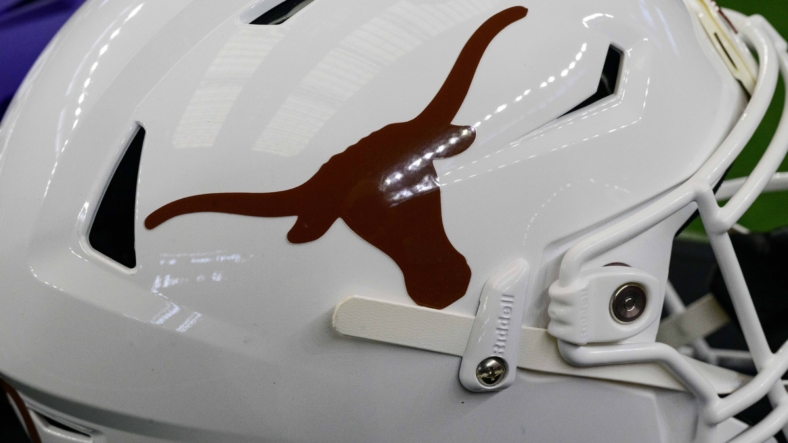 With the NCAA season officially getting underway this weekend, there are already a few college football teams kicking off their years, with 11 FBS games taking place on Saturday. For the 120 others, we’re looking at Week 1 before they can make their debut in 2022.

The AP and coaches polls have revealed the top 25 teams in college football as we head into the season, but these rankings are always so volatile to begin the year. Teams currently in the teens or 20s may be able to land within the top five by the end of the season, and others starting unranked will undoubtedly have a number next to their names within just a few weeks.

So who are some of the teams set to surprise the college football community in 2022?

After a disappointing 5-7 finish in Steve Sarkisian’s first year as coach of the Texas Longhorns program, few are expecting a drastic improvement in year two. Yet the arrival of Quinn Ewers could be the missing link. Last year’s starter Casey Thompson has since transferred to Nebraska, leaving the QB1 gig entirely in the hands of Ewers.

While Ewers himself is an athlete who some view as the top college quarterback prospect in his class, he has the benefit of sharing the keys to the offense with Bijan Robinson, perhaps the nation’s best running back. Ewers won’t have to carry the team on his back right away, as Robinson is the main cog in this scoring attack. Yet, the threat of Robinson in the backfield could open up more opportunities downfield for Ewers. It could be the perfect recipe for a successful year in the Lone Star State.

The Florida Gators moved on from head coach Dan Mullen after four years and a 69.4% win percentage. They quickly landed on Billy Napier, hoping he can continue his record-setting ways with the Gators after four wildly successful years at Louisiana. He took the Ragin’ Cajuns from a 5-7 team in the year before he was hired and left a 13-1 team behind to lead the Florida program in 2022.

With Anthony Richardson getting his first chance to be a full-time starter, there’s a lot of optimism beaming from The Sunshine State. Some already view Richardson as a longshot Heisman candidate, and others believe he’s destined for the NFL, with a chance to be a first-round pick should he show out.

With coach Napier bringing his pre-snap motion offense to Florida, opponents will have a much tougher time trying to predict their approach. Richardson’s dual-threat ability only adds to the confusion. If this team is firing on all cylinders, there’s no reason why they can’t become a ranked team in just a few weeks.

Iowa State bounces back in 2022

Iowa State Cyclones head coach Matt Campbell is one of those bright offensive minds who seem destined to someday lead an NFL franchise. Despite plenty of changeover from year to year, he’s helped legitimize the Cyclones program since his arrival in 2016. That won’t change in 2022.

Both his starting quarterback (Brock Purdy) and their superstar tailback (Breece Hall) have graduated to the NFL. Now it’s on former four-star recruit Hunter Dekkers to lead the offense as he enters his third year with the program. We haven’t seen much from Dekkers thus far, as he’s attempted just 43 passes in his college career so far, but we’re about to get the full experience.

Dekkers has a big arm, which should work wonders as he builds chemistry with Xavier Hutchinson, who’s listed at 6-foot-3. Coach Campbell is expected to dial up the deep ball more, taking advantage of Dekkers’ skill set. Yet the Cyclones already ranked second in the Big 12 with 263.8 passing yards per game in 2021. If the Dekkers-Hutchinson combo can prove successful, Purdy and Hall’s departures may not be as bad as we think.

When you think of Kentucky’s college programs, the first team that usually comes to mind is its basketball program. Head coach Mark Stoops has been doing his best to carve out a little space for the football program too. Last year they peaked by being ranked 11th in the AP poll, but Will Levis can help this team reach even higher in 2022.

Entering his second year as a starter with the Wildcats, Levis has been aiming to improve his accuracy in 2022, which is ideal after throwing 13 interceptions a season ago. Now, as Levis enters his senior year, we’re expecting big things out of the mayonnaise coffee-drinking slinger.

This may feel like an odd choice on the surface, as it will be difficult for any quarterback to outperform Kenny Pickett‘s career with the Pitt Panthers. But Pittsburgh coach Pat Narduzzi is in good hands with Kedon Slovis transferring from USC. Slovis brings a lot of hype with him after setting records early in his career with the Trojans. However, Slovis would then struggle to build upon his freshman campaign each of the next two seasons.

Now he’s looking for redemption by proving he can be a top QB prospect as he heads into his senior year with a new program. While the addition of Slovis is welcome, the Panthers also return several impact defenders. Some of their defensive leaders include defensive tackle Calijah Kancey, defensive end Habakkuk Baldonado, and linebacker SirVocea Dennis. They’re all names to track on the Chuck Bednarik, and Rotary Lombardi award watch lists this season.