5 college football coaches on the hot seat this season 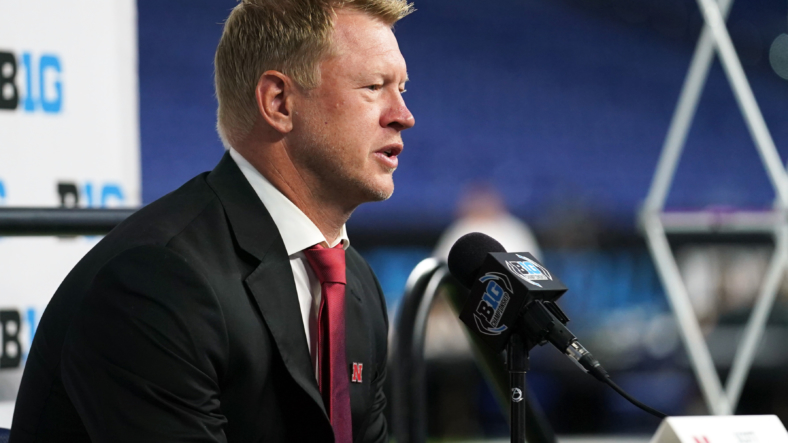 College football coaches are either on the hot seat or in the good graces of their fan base and program heading into every season. As kickoff arrives for the 2022 college football season, we’re about to see how the action this year impacts the job security of some prominent names across the country.

There certainly wasn’t a shortage of college football coaches fired this past season. Clay Helton, Butch Davis, Gary Patterson, Manny Diaz and Dan Mullen were among the most recognized figures to be pushed out the door. Keep in mind, this doesn’t even include Ed Orgeron retiring or those who left their programs for opportunities elsewhere.

Change is constant and the college football hot seat reflects that. For those that avoided the axe after the 2021 season, likely saving their jobs by overhauling the coaching staff, 2022 is the last life. If things don’t go well this season, the hammer will be dropped and some intriguing jobs will become available.

The Auburn Tigers hired Bryan Harsin before the 2021 season believing he could find success just as he did with Arkansas State and Boise State. Not only did Auburn finish with a disappointing season in Harsin’s first year on campus, he also found himself in the middle of controversy.

ESPN detailed multiple instances of Auburn’s coach alienating players and assistant coaches. The way he treated those around him reportedly led to Derek Mason taking a pay cut for the same position at Oklahoma State and Harsin also went through multiple offensive coordinators. Boosters also reportedly had a problem with Harsin not embracing the program’s traditions and the university conducted an investigation into him.

While Harsin kept his job, the heat is on in 2022. Auburn faces Penn State and LSU, two tough unranked opponents, along with top-25 matchups against Georgia, Arkansas, Ole Miss, Texas A&M and Alabama. While no one is expecting the Tigers to be a contender for the SEC title, losing six games this year along with more turmoil could provide Auburn with enough cause to push him out the door.

The Arizona State Sun Devils raised eyebrows after hiring Herm Edwards in December 2017. He lacked any college coaching experience and last served as an NFL head coach a decade prior. However, Arizona State wanted to bring in that professional experience with the hope Edwards would turn the program around. After posting a .590 winning percentage under Todd Graham, the Sun Devils aren’t any better (.581) under Edwards’ leadership.

A mediocre record is one thing, but the negative attention Edwards has brought upon this program is concerning. Arizona State is being investigated for NCAA recruiting violations, specifically hosting recruits during the non-contact period and Edwards was reportedly aware of it. A thinning roster with a schedule that includes Oklahoma State, Utah, USC, UCLA and some tough road trips, things could get ugly. Arizona is already hot, but Edwards’ seat is practically on fire.

The Nebraska Cornhuskers had every reason to be elated in 2018. Not only was Scott Frost coming off a 13-0 season, but the Lincoln native and Nebraska alum was also headed home. Finally, the Cornhuskers had the coach who would finally start pushing the program towards the glory years it experienced when Frost was the quarterback. 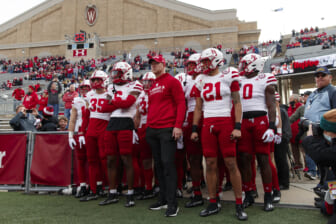 Nebraska combined for nine wins in its first two seasons, but some were willing to give Frost a pass. He needed time to build the program his way and to pull in the recruits who would help shape his offense. We’re now four years into the Scott Frost experience and the coach has more players vomiting in practice than total wins during his tenure.

Frankly, the Cornhuskers should have made the move during the offseason. Instead, loyalty to a program icon and money stood in the way. Nebraska doesn’t seem to be in a position to dramatically turn things around, which makes another losing season inevitable. Bet on Frost becoming one of the college football coaches fired in 2022.

It’s becoming clear that the Florida State Seminoles struck out for a second time trying to replace Jimbo Fisher. Boosters and fans only waited two seasons to kick Willie Taggart out, unsatisfied with his 9-12 record. Fittingly, that mark is better than the results during the Mike Norvell era.

There is one thing that might save Norvell, a $20 million buyout in his contract. It would require Florida State’s alums to become so fed up with the program that they are willing to bite a massive financial bullet. While that seems unlikely right now, the pool of 2023 college football coaching candidates and how the upcoming season unfolds will be pivotal.

Ranked matchups against Wake Forest, NC State and Clemson will prove challenging. Of course, the real focus is the November draws on the road vs the Miami Hurricanes and finishing out the regular season with the Florida Gators. If Norvell’s program gets swept by its Florida rivals, that might be enough for the buyout to become a necessary expense for changes.

The glory years for the Stanford football program are gone. A 12-1 season under Jim Harbaugh was followed by five double-digit win seasons in the next six years led by David Shaw. Even with a slide drop-off from the Cardinals, Shaw’s team boasted an impressive 82-26 record from 2011-’18.

Stanford is 11-19 over the last three seasons. While there is a winning record during the COVID-shortened 2020 season, the Cardinals have become bottom-feeders in the Pac 12 as of late. Shaw, who the athletic department might have feared would one day leave for the NFL, should now be on the hot seat. This is one of the highest paid college football coaches headed for his third losing season in four years and no bowl appearances since 2018. Even for a school that prioritizes academics over football excellence, this level of mediocrity at such a high salary can only be tolerated for so long.