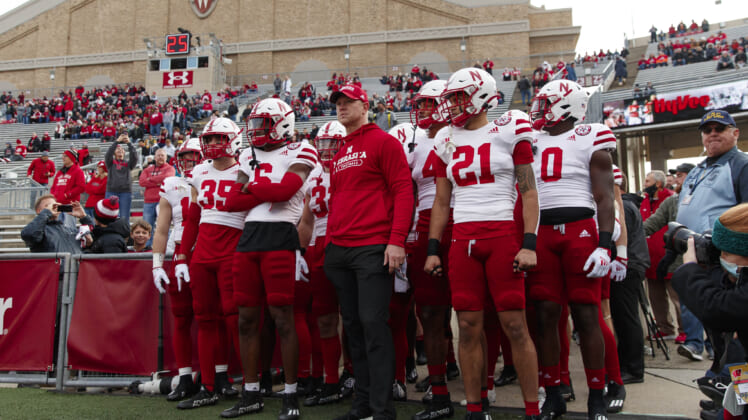 Nebraska Cornhuskers head coach Scott Frost is squarely on the coaching hot seat in 2022. Hired to coach his alma mater in 2018, Frost had to make sweeping changes this offseason to save his job.

The Cornhuskers have won six combined games in the last two years, proving to be one of the most disappointing college football teams during the Frost era. After agreeing to a restructured contract in November, the 47-year-old coach made changes to his coaching staff.

One of the changes made was the hiring of Donovan Raiola as an assistant coach who worked specifically with the offensive line. He came over from the Chicago Bears with prior stops at Notre Dame and Aurora University. Now back on the coaching staff with his alma mater, it seems Raiola is having a significant impact on the Cornhuskers’ offensive line in an alarming way.

Related: College Football Picks Against the Spread for Week 0

During his weekly appearance on the Huskers Radio Network, Frost disclosed that there are around “15-20 vomits per practice” from offensive linemen under Raiola’s coaching.

While Frost certainly seems to like what Raiola has done for the offensive line, there’s another perspective to consider. Vomiting is one of the most common symptoms of heat stroke, per the Mayo Clinic. It’s an important note, considering at least 30 college football players have died during workouts since 2000.

One of the more recent tragedies that happened was the death of Maryland offensive lineman Jordan McNair. The 19-year-old collapsed at a Maryland football practice on May 29, 2019, several minutes after showing signs of extreme exhaustion. and he later died on June 13.

The university reached a settlement with the family after firing coach DJ Durkin following an investigation that revealed the role his team culture and ignoring signs of heatstroke played in McNair’s death. Durkin is now the Texas A&M Aggies defensive coordinator.

While Nebraska is certainly being more cautious in the wake of so many tragedies, Frost’s decision to seemingly boast about players who are already in an at-risk group for heat-related medical problems frequently vomiting.