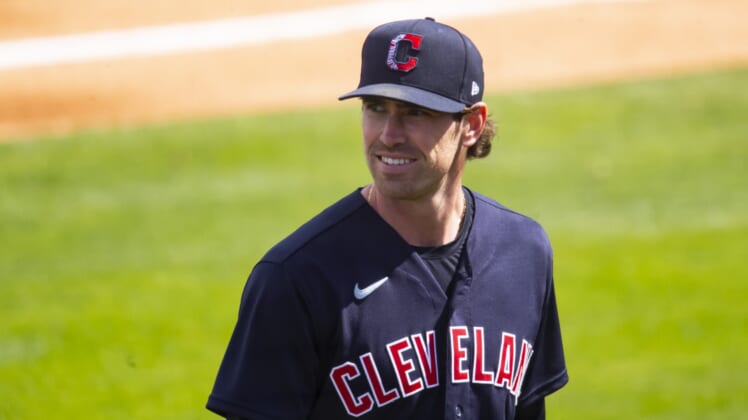 The Cleveland Indians have wheeled and dealt like nobody’s business over the last 21 months. At the same time, such wheeling and dealing has created a roster that will compete for the American League playoffs next season.

Yes, the aforementioned assertion still holds true even after the Indians traded Francisco Lindor and Carlos Carrasco to the New York Mets this offseason. It also comes off the organization previously trading Mike Clevinger, Corey Kluber and Trevor Bauer.

Manager Terry Francona still has a balanced ball club with depth across the board that is capable of securing a postseason spot.

In 2018 the Indians had four starters log 200-plus strikeouts, and all four of those arms are gone (Carrasco, Kluber, Bauer and Clevinger). Incredibly, they still have one of the best starting rotations in MLB.

Shane Bieber has become one of the game’s premier starters. He logs strikeouts at a high rate, throws an overpowering curveball and won the 2020 AL Cy Young Award. Zach Plesac is a savvy off-speed pitcher who sports a career 3.32 ERA across 29 starts.

Young right-hander Triston McKenzie impressed in the eight appearances (six starts) he made for the Indians last season, posting a 3.24 ERA, an 0.90 WHIP and 42 strikeouts. Aaron Civale is a season removed from posting a 2.34 ERA across 10 starts in what were his first licks at the big-league game.

Right-hander Cal Quantrill has starting experience under his belt and evaded trouble out of the bullpen last season in split time with the Indians and San Diego Padres, posting a combined 2.25 ERA. Speaking of the bullpen…

The Cleveland Indians have a promising bullpen

The Indians have a compelling bullpen, which Quantrill could be part of if he doesn’t crack the rotation.

James Karinchak brought the heat in 2020, striking out 53 hitters across 27 innings and holding opponents to a .159 batting average. Veteran left-hander Oliver Perez has been a sly force out of the bullpen while Nick Wittgren has consistently been steady in the late innings.

Hard-throwing right-handed reliever Emmanuel Clase, who was part of the team’s return on Kluber from the Texas Rangers in 2019, returns from a back injury and suspension. His return could be a shot in the arm.

Albeit this is a unit devoid of a proven closer, they have the makings of a reliable bullpen. Maybe Clase pitches himself into the closing gig and/or the Indians ink another reliever before opening day like Shane Greene?

Pitching is the heart and soul of this operation, and that aspect of their roster is accompanied by a deep, fundamentally sound positional depth chart.

Jose Ramirez is a force to be reckoned with from both sides of the plate and a vacuum at the hot corner. Franmil Reyes hits dingers like Big Al. Free agent signee Eddie Rosario has a smooth, line-drive swing and was previously a consistent power outlet for the rival Minnesota Twins. Catcher Roberto Perez is just a year removed from blasting 24 home runs. Jordan Luplow can play both corner outfield positions and is a year removed from posting a .923 OPS. Josh Naylor has pop in his bat.

Up the middle, Cesar Hernandez holds a smooth glove at second base and is a contact hitter. Youngsters Amed Rosario and Andres Gimenez, who were both acquired as part of the Indians’ return on Lindor and Carrasco from the Mets, come with intrigue. Rosario is a former top prospect with blazing speed, and Gimenez is a slick fielder. While he had a rough year at the plate in 2020, center fielder Oscar Mercado is a reliable outfielder commander with a capable offensive game.

This grouping of players can all produce with the bat and hold their own in the field.

Despite stiff competition in the AL Central, the Cleveland Indians have a roadmap to the playoffs

The Cleveland Indians have few stars, but they also have an abundance of starting depth. The latter is what sent them to the playoffs in 2020 even with Bauer, Kluber and Clevinger gone. They can do it again with their young arms continuing to blossom, as well as the bats they acquired to supplant Lindor.

To be clear: the Indians are not better without Lindor. What they did was acquire a pair of starting-caliber infielders in Rosario and Giminez and a productive outfielder in Rosario. The hit comes in the field but not necessarily at the plate.

The Indians aren’t better than the AL Central-rival Minnesota Twins and Chicago White Sox. The two teams are World Series contenders with better lineups and starting rotations that can go toe-to-toe with the Indians. But that doesn’t mean three teams from the same division can’t make the playoffs or win 90-plus games. This happened in 2018 when the Boston Red Sox, New York Yankees and Tampa Bay Rays all finished with 90-plus wins. Their division, the AL East, is what opens the door for three teams to make the playoffs in the AL Central in 2021.

The Toronto Blue Jays improved their offense and defense in signing George Springer and Marcus Semien this offseason but did little to beef up their rotation, which needed improvement. The Blue Jays are better but not to a considerable extent given they already had a well-oiled, young offense.

Meanwhile, the Rays traded and/or lost Blake Snell and Charlie Morton to free agency this offseason. Surely, they’ll be back in the playoff mix next season, but they’re not a given to run it back in the AL by any means. The Rays, though, are the hurdle the Indians will have to overcome, as the AL West projects to be underwhelming due to the Houston Astros rotation injuries (Justin Verlander and Framber Valdez).

Are the Indians a lock to make the playoffs? They are not. That said, their blockbuster trades of late have created a ball club that can both retool and compete at the same time. The haul they’ve received for their premier players have included a combination of unheralded prospects, young MLB players and veterans. It adds up and results in the Indians being 30th in MLB in payroll at roughly $41 million per Spotrac.

The retooling project is a fluid situation in Northern Ohio — but one that has a mad scientist’s feel, and seems like it’s enough to send the Cleveland Indians to the MLB playoffs.