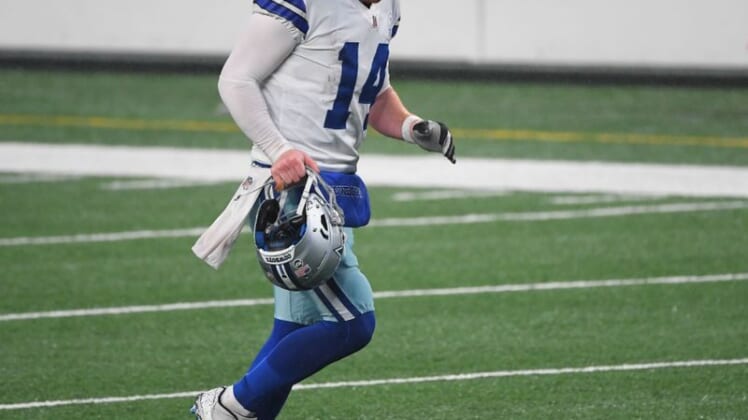 When the Chicago Bears signed quarterback Andy Dalton to a one-year, $10 million contract during NFL free agency last week, they were put on absolute blast. One wondered why they even decided to make the announcement official on social media.

This came after weeks of speculation that Chicago was looking to pull off a trade for the likes of Deshaun Watson or Russell Wilson. It also came after the Bears missed out on Carson Wentz.

With both head coach Matt Nagy and Ryan Pace on the hot seat, it really doesn’t make much sense for them to rely on a fledgling journeyman who is a half-decade removed from being a starter-caliber quarterback to act as their savior.

Alas, here the Chicago Bears are. They are now set to go with a quarterback who is averaging 17 touchdown passes against 11 interceptions over the past three seasons. That’s not a typo. It’s an actual thing.

This also comes one year after the Chicago Bears traded for another quarterback in Nick Foles. He was ultimately benched for the recently-departed Mitchell Trubisky.

Sensing a theme here? Andy Dalton is not going to be the savior in the Windy City. The Bears’ long search for a quarterback since the days of Sid Luckman during the Harry Truman Administration will now continue.

Unfortunately, the Bears decided that it made sense to double down with Andy Dalton in a Tweet on Wednesday. The post literally called Andy Dalton QB1.

We really want to know who had this brilliant idea. Twitter typically doesn’t include the sanest of minds out there. Add in the passionate football fan, and that’s magnified further.

We’re also openly wondering whether the individual who runs the Chicago Bears Twitter account should get hazard pay for this. Perhaps, a call to OSHA should be in the cards. Either way, the responses were something else.