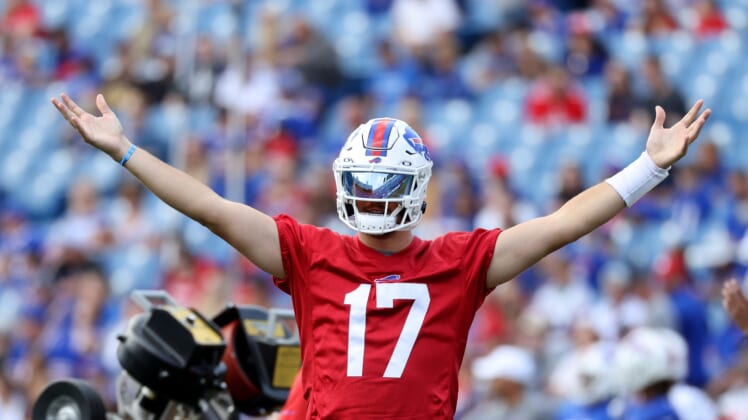 The Buffalo Bills and franchise star Josh Allen have agreed to a six-year contract extension that will make him one of the highest-paid quarterbacks in NFL history.

Just over a week into training camp, days after reports the two sides weren’t making progress, the Bills announced a lucrative extension that will keep Allen in Buffalo through the 2028 NFL season.

According to ESPN’s Adam Schefter, the total value of the contract is worth $258 million and includes $150 million fully guaranteed over the life of the agreement.

It instantly surpasses the Dak Prescott contract, which the Dallas Cowboys star signed this offseason. The $150 million guaranteed is the highest figure in NFL history, even surpassing the total of the Patrick Mahomes contract.

With his new extension averaging $43 million per season, Allen becomes the second-highest-paid quarterback on an annual basis (Mahomes, $45 million). He is also the third NFL player with an average salary of $40-plus million.

Coming off an MVP-caliber season, Allen’s new deal will likely serve as a mark for Baltimore Ravens quarterback Lamar Jackson to surpass on his extension.