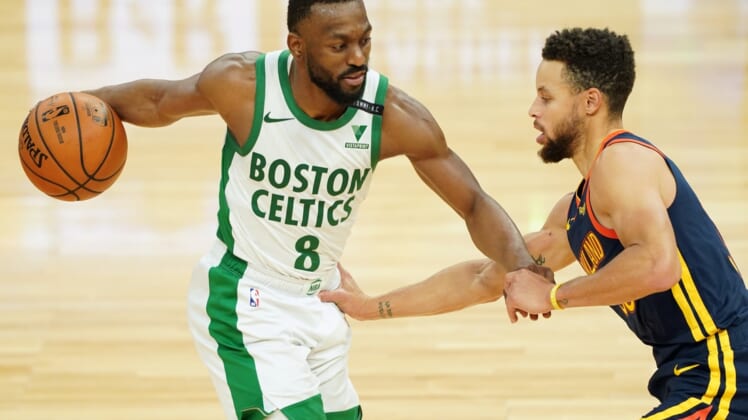 The Boston Celtics have hit rock bottom. Following their brutal loss to the Washington Wizards on Sunday, the Celtics sit at just 13-13. It’s their worst record this late in the season in six years.

Boston’s loss to Washington came two days after it fell to another bottom feeder in the form of the Detroit Pistons. It also comes amid Celtics rumors suggesting that general manager Danny Ainge could be looking to pull off a notable deal ahead of the NBA trade deadline on March 25. Ainge is apparently playing into said rumors after Boston’s most-recent loss.

“Just changing faces doesn’t always change things,” Ainge said, via Dan Shaughnessy of the Boston Globe. “But it may have to come to that.”

The longtime Celtics front office head recently talked about how it doesn’t make sense to pull off a premature trade so far away from the deadline. It’s his theory that better players might become available as teams fall out of playoff contention. That makes perfect sense.

Even then, these Boston Celtics need to find something that works. After all, they are just one game up on the New York Knicks in the Eastern Conference standings. If we had told you that when the NBA season began back in December, you wouldn’t have believed us.

Boston Celtics rumors will continue to point to a trade

At this point, it seems highly unlikely Boston would make a trade that moves the needle just a tad. Ainge is looking for an impact move.

He has the assets to work with, including all of the Celtics’ first-round picks in the foreseeable future as well as the valuable $28.5 million Gordon Hayward trade exception. Youngsters Payton Pritchard, Aaron Nesmith and Carsen Edwards could also be floated in talks ahead of the NBA trade deadline.

Jaylen Brown and Jayson Tatum have morphed into true stars. Unfortunately, injuries have kept Kemba Walker from being that third star after they acquired him ahead of the 2019-20 season. Meanwhile, young big men Grant Williams and Robert Williams have failed to step up.

Rumors suggest that Boston is in the market for a wing or a big man. The likes of Zach LaVine and Victor Oladipo are two wings who could be available. As it relates to bigs, the market seems pretty thin right now.

Either way we spin it, Ainge is putting Boston Celtics players on notice right now. Whether that means a trade could be looming remains to be seen. What we do know is that there’s been some scuttlebutt in that regard over the past week-plus.

Boston has games coming up against the Nuggets, Hawks (three times), Pacers and Clippers ahead of the NBA All-Star Break. What happens over the next few weeks will be telling.