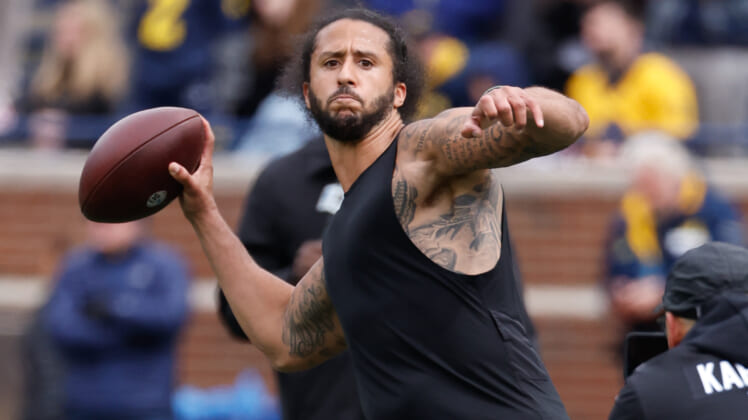 As free agents Colin Kaepernick and Antonio Brown both look for opportunities to play in the NFL next season, the star wide receiver is now taking shots at the former Super Bowl quarterback.

Brown, who is refusing to undergo ankle surgery until a team signs him, hasn’t been shy about sharing his opinion on his former teams and teammates in recent months. Weeks after saying the Tampa Bay Buccaneers ‘intentionally’ tried to hurt him and calling out Tom Brady, Brown went after a former NFL quarterback.

In a recent interview with Naji on “Cigar Talk” as reported by TMZ Sports, Brown called Kaepernick. “trash” quarterback and questioned his community contributions along with his true desire to play in the NFL.

“All that is cap. “We ain’t respecting that, bro. You took the money, the commercials. We don’t see you outside. We don’t see him in the hood. He don’t do nothing. Like, we cool. But, nah, we ain’t even stan Kaepernick…He not even from the hood. He haven’t even been in the trenches. We like Kaepernick and all, but we ain’t really on that.”

Kaepernick last played in the NFL during the 2016 season. While the 6-foot-4 passer remains very interested in making a return and is open to being a backup, the opportunity has never come. Even after NFL commissioner Roger Goodell admitted the league didn’t handle his kneeling during the national anthem the right way, the former San Francisco 49ers starter remains out of the league years later.

Kaepernick, along with former teammate Eric Reid, filed a grievance against the NFL and its owners in 2017 for colluding to keep him out of the league. While the NFL never publicly admitted to collusion, it agreed to a settlement. While the figure was initially reported as between $60-80 million, the NFL ultimately paid out less than $10 million. 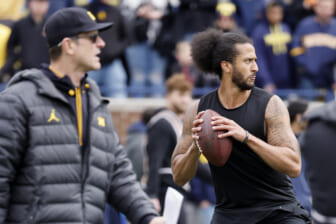 Goodell has reportedly made efforts to help Kaepernick make an NFL comeback, including an organized workout for him in 2019. However, the workout created by the NFL broke apart and Kaepernick has remained unsigned. Turning 35 in November, it’s highly unlikely he plays pro football again.

As for Brown, given his history of quitting on teams and clashing with coaches, his NFL career might also be over. 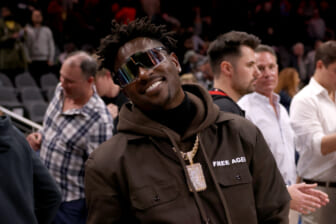 In an interview with TMZ Sports, former NFL player Shawne Merriman said Brown raised some “valid points” during his rant about Kaepernick. Both players point to Kaepernick’s settlement and the endorsement deal he signed with Nike.

“He makes some valid points about Colin Kaepernick, saying that, you know, he took the money from the NFL. The settlement. The Nike commercials — all these things.”

Merriman, a three-time Pro Bowl selection, played in the NFL from 2005-2012. Notably, both Merriman and Brown have a history of off-field issues with allegations of battery and Merriman was named in a wrongful death lawsuit in 2019 with the parents of a deceased Playboy employee accusing him of drugging and assaulting their daughter. Merriman denied any wrongdoing.