Following their trade of franchise quarterback Russell Wilson, the Seattle Seahawks still have a massive hole at their starting spot. And it is still unclear how the team will go about filling that priority position.

On Tuesday, head coach Pete Carroll spoke openly about his hope that the team re-signs free agent backup QB Geno Smith and his belief that he would be a viable option to lead the offense in 2022. “We have very high hopes that he can run the system very well. He’s not going to miss out on this opportunity. It’s just too good for him,” Carroll said during his press conference at the annual NFL league meetings.

However, he also made it clear the team would not bring an end to their signal-caller search if Smith does re-sign. The former Jets starter would likely be one of several players competing for the starting gig.“We are definitely still in the quarterback business,” Carroll said. “…There are some veterans out there to be had. There are still some guys out there. Yeah, we are still looking.”

With the Seahawks’ QB search ongoing beyond Smith, let’s take a look at four other names that could come into play for the team’s starting job heading into 2022.

Cam Newton is the best QB still left on the NFL free-agent market. At 32, and with 11 seasons of wear and tear on his body, he will never recapture the heights he reached as a league MVP in 2015. However, he is still a far better option to lead a team than Geno Smith. In reality, Smith is a poor man’s Newton. 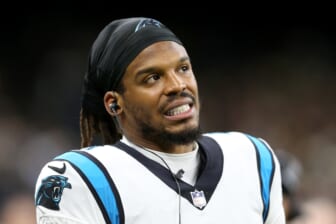 The former Carolina Panthers star and Carroll both have something to prove in 2022. A marriage of their talents might be the best situation for them as Newton tries to reclaim some relevancy as a starting QB in the league, and Carroll looks to prove that Russell Wilson was not the main force behind the team’s success over the last decade.

Could Malik Willis be Seattle Seahawks’ next franchise QB?

Malik Willis is universally viewed as the top QB prospect in this year’s NFL draft. However, this is also not a deep and rich group of signal-caller prospects. Nevertheless, of those available Willis is the best bet to be selected in the first round and has the greatest assortment of tools to succeed in the league.

The Liberty star is projected to be drafted in the top-10 on many mock drafts, including the Sportsnaut 2022 mock of the first round. Seattle now owns the No. 9 pick after landing it from the Broncos in the Wilson trade. Taking the best QB available while and not having it be a reach would be a sensible choice for the team.

While Carroll poured a bit of cold water on the idea of Colin Kaepernick joining the team during his press conference, it seems like the most logical option for the former 49ers star. Since he was blacklisted from the league after the 2016 season, few teams have spoken openly about him deserving a chance to return to the field. That is until Carroll did so earlier the month. 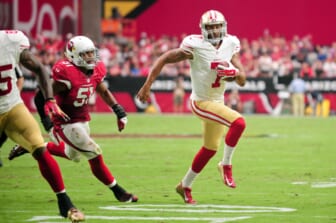 Obviously, interest and signing an actual contract are two very different things, but if a QB competition is a plan, and if they don’t use one of their first three picks on a QB, Seattle would give the 34-year-old Kaepernick one of his best chances to actually start in 2022. There is definitely some smoke rising from a Kaepernick in a Seahawks uniform fire that is brewing.

It would be completely understandable if the Seahawks did not want to use their top pick on a Willis. However, they should use one of their picks in the first three rounds on a quarterback. While this class may not be as strong as previous seasons, that does not mean one of these players entering the league could not become a bonafide star.

One player who some scouts feel has a high upside, and could be a steal for the team at the 40th pick is Mississippi star, Matt Corral. While he has some limitations and will need to evolve in his reads and progressions at the next level, he can run and throw. Similar to Wilson. Considering the upside he has and how he is a very solid fit for the team’s offensive style, Corral could very well be battling Smith or another veteran for the starting job this summer.