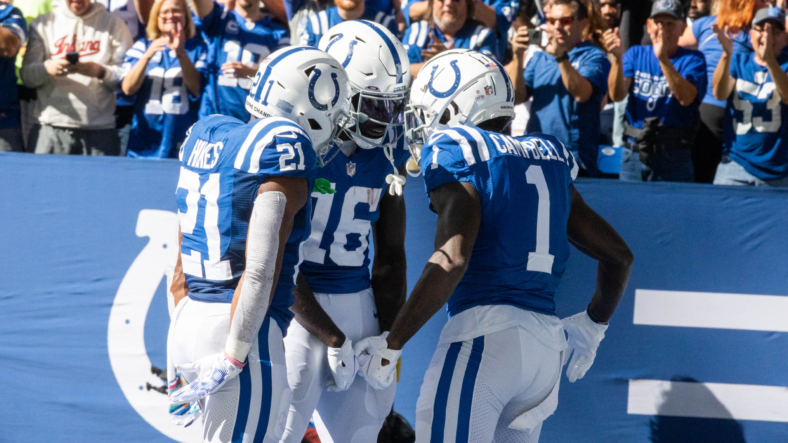 The Indianapolis Colts are set to start their 2022 season. Since the beginning of the season is so close the team has released its first official depth chart.

Subsequently, they also just released their first injury report. Shaquille Leonard has been ruled out for Week 1 and maybe Week 2 in Jacksonville. There aren’t a lot of surprises on the depth chart but there are some interesting ones.

So, let’s get to the key takeaways from the Colts’ first official depth chart for 2022.

Brandon Facyson will have to fight to keep starting corner spot

Brandon Facyson is one of the off-season acquisitions. He was competing against Isaiah Rodgers and Kenny Moore to earn a starting cornerback spot. This comes as a bit of a surprise as Rodgers looked like he might be a starter after how he finished last season. Then there’s Moore who said this off-season he wants a new contract and a raise as he’s one of the top corners in the NFL.

He is one of the best cornerbacks for sure, just playing in the slot position. In the NFL, slot corners don’t get paid top money. Which prompted Moore to say he can play as an outside corner. Colts fans have seen him play out there and well, he’s just so much better in the slot than he is outside. 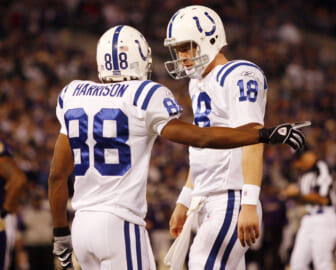 Also Read:
Back to the Future: How the Indianapolis Colts could create a legacy team

This was an opportunity for him to prove otherwise and at least for now, Facyson will be starting opposite Stephon Gilmore. If Facyson should falter then maybe Moore will get a shot. For now, the secondary looks mighty tuff.

Rookie Nick Cross was in a highly contested position battle with veteran Rodney McLeod. Both players are new to the Colts. And both players had an outstanding camp and preseason. In the end, the rookie won out.  He’ll be starting next to former rookie stud safety Julian Blackmon. Regardless, of who’s starting this trio projects to be one of the absolute best. They will be a lot of fun to watch all season long.

At one point during training camp, it looked like either Pierce, Parris Campbell, or Ashton Dulin would win the other starting receiver spot. I’ve been bullish on Campbell having a great season. In fact the best season of his career. However, with Pierce, I’ve had some questions or concerns about him. 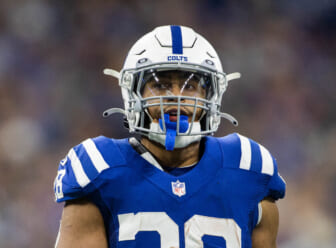 Also Read:
Re-signing Jonathan Taylor could prove to be a massive gamble for Indianapolis Colts

It’s not every year that a rookie wide receiver comes along and has a season like Jamar Chase did last season. With that being said, it’s possible he has a tremendous rookie year. Possibly even besting Bill Brooks’ record for most seasons by a rookie wide receiver, which is 1,311 yards. All three of these guys along with Dezmon Patmon and Mike Strachan will get playing time this season. Pierce will get the first crack at solidifying himself as the starter. It will be a lot of fun to watch his rookie season unfold.