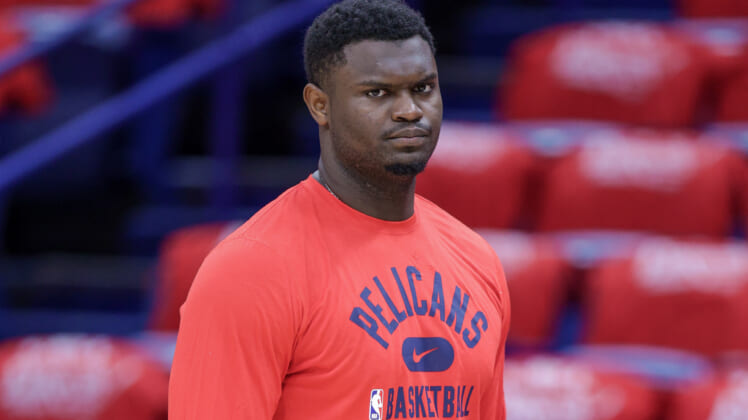 Even though he is not a free agent this offseason, New Orleans Pelicans star Zion Williamson could be one of the hottest commodities on the market.

Despite being signed for next season and the Pelicans having the chance to offer a $17.6 million qualifying offer in 2023-2024, it seems like the future of Williamson in New Orleans is far from guaranteed.

Over his first two seasons with the franchise, the No. 1 overall pick in the 2019 NBA Draft has shown signs of greatness. Averaging over 20 points per game in both seasons, and an impressive 27.0 PPG in 61 games during an All-Star year in 2020-2021. However, Williamson has also displayed an equally brittle physical makeup despite being a sizable individual at 6-foot-6 and 284-pounds.

In his rookie year, he missed nearly 60 games due to injuries and another 20 the following season. However, last season was a peak of inactivity as surgery on his foot and a bad recovery process knocked him out of the entire season. A season in which the Pels actually made the playoffs. 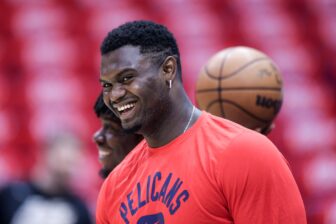 Then there was the drama of a rehab process that led to a disconnect between the organization and its brightest young asset. Despite Williamson claiming recently that he would sign the five-year, $181 million extension he is eligible for, you have to wonder if the team is seeing their recent success and wondering about life without him.

With that in mind, let’s take a look at three ideal trade options if the New Orleans Pelicans decided to move their uber-talented but often injured star.

New York Knicks get the Duke combo they’ve dreamt of

There have been rumblings for a while of the New York Knicks having an interest in pairing up former Duke Blue Devils teammates RJ Barrett and Williamson. With New York taking a major step back after a surprise season in 2020-2021, the team seems open for business when it comes to moving talent off the roster. Well, except Barret of course.

A trade for Williamson likely means parting with the team’s other two potential-rich talents in Immanuel Quickly and Obi Toppin. Toppin raised his value with a strong finish late last season and will have to be included. You could throw in Kemba Walker to make the money work and New York’s first-round pick this year, one of their two picks next season, and that probably gets a deal done.

Another more preferred option for the Knicks would be to send Julius Randle to New Orleans for Williamson and Larry Nance, Jr. Randle is locked up for several more years, but he is far more reliable and may actually be a better fit with like CJ McCollum and Brandon Ingram.

It sure feels like the Minnesota Timberwolves might finally be ready to move on from Karl-Anthony Towns. With Anthony Edwards emerging as the team’s primary scorer, moving Towns seems far more reasonable than it has ever been. And if the Timberwolves can get a player with the potential of Williamson back at half the cost, it is something they should seriously think about.

Sure, there are risks, but a Williamson-Edwards combo might be a better long-term direction for the franchise. Plus, if they were to move town for the Pelicans star, along with Jonas Valanciunas — via a sign-and-trade — and a draft pick it make the risk worth it. For the Pelicans, KAT would be a great addition to a playoff-caliber squad.

The Oklahoma City Thunder is in need of an infusion of life. Also, their top player Shai Gilgeous-Alexander could use some help. The Thunder have two first-round picks in this year’s NBA draft — No. 4 and No. 12, respectively. They could certainly hold on to those picks and build around the talent they add.

However, there is just as much risk in that decision as there is in bringing in Williamson and his foot issues. However, at only 21, the New Orleans forward has time to get on the other side of his injury woes. Superstars like Joel Embiid and Steph Curry also had health problems early in their NBA careers. But unlike those prospects in the NBA Draft, Williamson is proven and instantly gives the Thunder a needed All-Star talent. 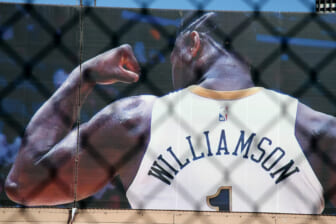 To make the deal work financially, Oklahoma City would need to give up Darius Bazley, Ty Jerome, and Aleksej Pokusevski. That, along with their two first-round picks would be a sweet enough pot to make New Orleans move Williamson without getting a current star back in return.