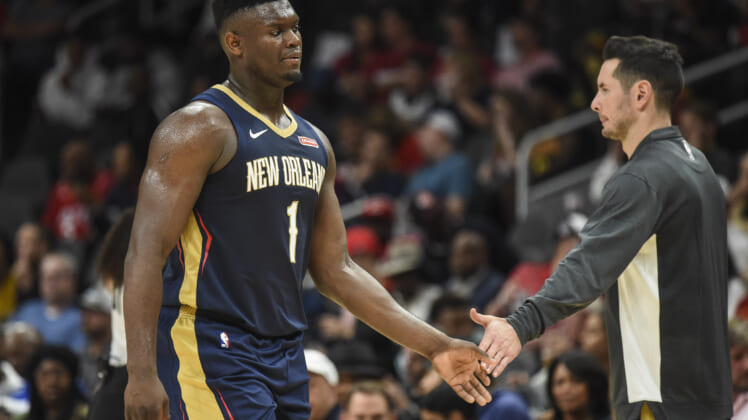 The bond between New Orleans Pelicans players and star Zion Williamson has gotten awkward in recent months, and a former teammate claims his “detached” behavior of late is nothing new.

It has been a difficult 2021-2022 season for the Pelicans. The team currently sits at twelve in the Western Conference with a 23-36 record. Although they weren’t expected to be a contender this year, being without Williamson for the entire season due to a fractured foot has doomed them to mediocrity once again.

Yet, despite the disappointing state of things, the team still made a surprising splash before the NBA trade deadline by acquiring all-star caliber guard CJ McCollum from the Portland Trailblazers. A move that surprised many but showed the franchise is invested in building a winning culture with a Williamson and McCollum combo.

However, to the surprise of many, McCollum revealed during a TNT interview on Saturday that he and his new teammate have yet to talk more than 10 days after the trade was made. Considering the lack of help Williamson has had in his first two years in New Orleans, you would think he would be overjoyed to have a teammate that averaged more than 20 points per game over the last nine seasons.

Williamson has only played 85 games over two seasons and has spent much of his NBA time healing from injuries. Unfortunately, it seems that this sort of behavior of being distant while recovering from an injury is nothing new for the star forward.

NBA veteran and fellow Duke alum JJ Redick played with Williamson for parts of the previous two years and says this habit of being distant from the team, as he deals with injuries, is nothing new and is just a long pattern of “detached” behavior.

“This just shows a complete lack of investment in your team, in the organization, in the city,” Redick said on a Tuesday edition of ESPN’s First Take. “I get that he’s hurt and away from the team, but you just traded for one of the 50 best players in the league. A guy that’s supposed to be paired with you. Reach out and say hello.

“This is a pattern of behavior with Zion that we are seeing again, and again,” he continued. “I was his teammate. I can describe him as a detached teammate. That is an accurate statement. This is basic-level of humanity [in] being a teammate. Send a text to a guy when he gets traded to your team. That is just normal behavior. That’s the bare minimum that you have to do.”

Williamson is likely to miss the rest of the season following the news last week that he may be in line for a second surgery on his foot. Since last summer there have also been rumors of people around Williamson desiring an exit from New Orleans and teams around the league looking to “poach” him from the Pelicans. His behavior could be confirmation of a player ready to move on to the next stop in his NBA career. 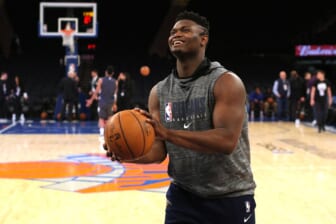 New Orleans returns from the all-star break on Friday to face the Phoenix Suns on the NBA Games Today schedule.