Zach Wilson achieves 69 mph on the radar gun, fastest for any QB measured by Next Gen Stats 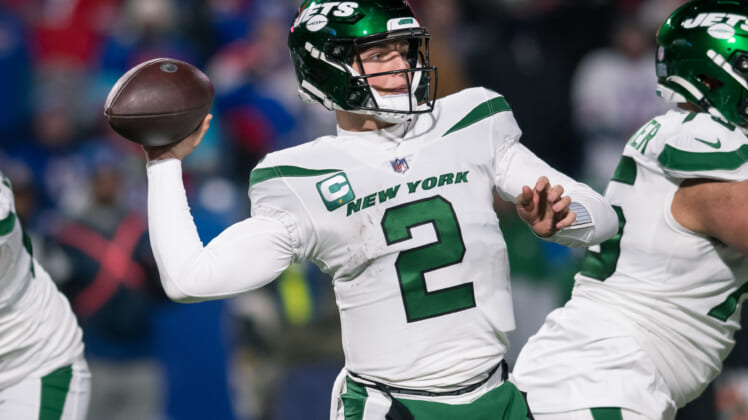 Sometimes the Zach Wilson jokes just write themselves. You’d have to live under a rock to not hear of the wild offseason rumors linking Wilson to various off-field escapades, but this new bit is actually about his actions on the football field, believe it or not.

Wilson has a lot to prove as he heads into his sophomore season since becoming the No. 2 overall pick in 2021. But the vibes are all positive out of New York Jets camp thus far.

Now we have another reason to hype up the Jets heading into 2022, thanks to Next Gen Stats.

The data and analytics company which has worked closely with the NFL since at least 2015, recently clocked Wilson throwing 69 mph during Jets training camp. It’s reportedly the fastest any QB has been measured to throw, in any setting, according to Next Gen Stats.

Wilson’s achievement is impressive, though we don’t have the previous record. But I wouldn’t be surprised to hear examples where other quarterbacks aim to top Wilson’s accomplishment. Let’s just hope they don’t hurt their arms to do so. While throwing hard is impressive, it doesn’t guarantee success.

Zach Wilson has a cannon, what does it mean for Jets?

It’s not hard to understand why the Jets had such a strong interest in trading for Tyreek Hill, looking to bring his deep-threat skillset to the Big Apple. Wilson has the ability to launch footballs 60 yards down the field, so why shouldn’t they try and out-throw/outrun the defense?

Well, they may still do that. Second-year pro Elijah Moore ran a 4.35 40-yard dash at the scouting combine, and the early reports out of camp have been overwhelmingly positive. They also added Garrett Wilson in the first round in April’s NFL Draft, giving Wilson more than one downfield threat.

But arm strength was never really the issue for Wilson as a rookie. He more so needed to focus on improving his accuracy, whether that’s a footwork issue, him pressing, or trying to do too much as a 22-year-old rookie in the city of dreams remains to be seen. But after a full offseason working to improve his consistency, the belief is that Wilson can take a major second-year leap.

Will Wilson hitting 69 mph help him during the regular season? Not really, but in some ways, the legend of Wilson continues to grow. It’d be much more impressive if he can become the true face of the franchise for the Jets. By all appearances, Wilson’s in position to do just that in 2022, now he just needs to show us what he can do in regular season action.