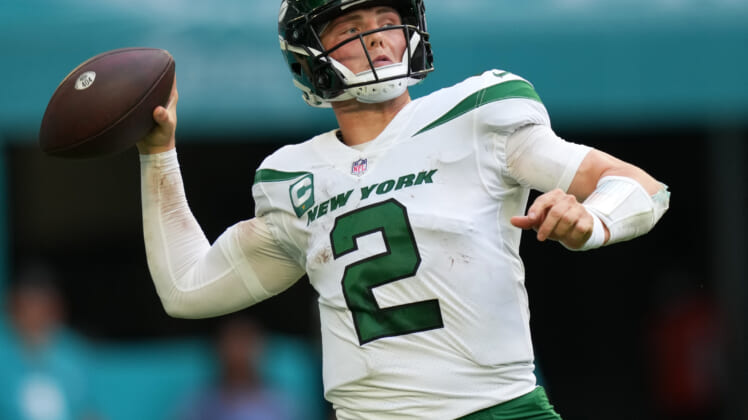 It’s no surprise that the New York Jets are hoping for second-year starter Zach Wilson to have some major development leaps forward in 2022, but on Thursday one of his teammates actually invoked the name of Joe Burrow in explaining the season he expects the 22-year-old to have.

Wilson was thrust into a very difficult position in his rookie year in New York. At a very young age, he was handed the reigns of an offense lacking star talent and was expected to succeed immediately after being taken with the second overall pick in the 2021 NFL draft. Not to mention he had to do it while playing in one of the most demanding sports markets in the world and for a fanbase starved for championships and winning seasons.

Unsurprisingly, Wilson and the Jets struggled to a 3-10 record in the games he started under first-time head coach Robert Saleh. While there were moments where Wilson did show the gifts that made him such a highly touted prospect out of BYU, there was just as much if not more reason for concern. Especially from a pessimistic Jets fan base who hasn’t had a consistently good QB since Chad Pennington and a true franchise signal-caller since Joe Namath.

Nevertheless, there is still hope that Wilson will take major steps forward this season, just like many other great quarterbacks of the past have done after having difficult rookie years. The question is, how good can he be in year two? Well, starting tight end CJ Uzomah believes he can actually reach elite status this season.

During a media scrum following the team’s second practice of training camp on Thursday, Uzomah was asked if Wilson could match the second-year jump of Cincinnati Bengals QB Joe Burrow. A player who threw 2,000 more yards and 20 extra touchdowns in a second season where he took the team to the Super Bowl 2022. 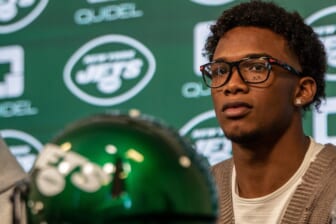 Uzomah’s response about Wilson in year two was equal parts short and bold, as he told the New York football media that it’s “Not if. He will,” make the same massive leap forward as Burrow did.

On paper, it seems logical since Wilson was the second pick in 2021 and Burrow was the first overall in 2020. Burrow also had similar passing yards numbers as Wilson and didn’t play a complete season. However, Burrow showed major signs of his talent in throwing eight more touchdowns than interceptions and has a far more stacked roster surrounding him.

Wilson had two more INTs than TDs in 2021 and will likely have a rookie wide receiver — albeit a talented one — in Garrett Wilson as his top target this season.