Why Carlos Correa and the Chicago Cubs are a perfect match 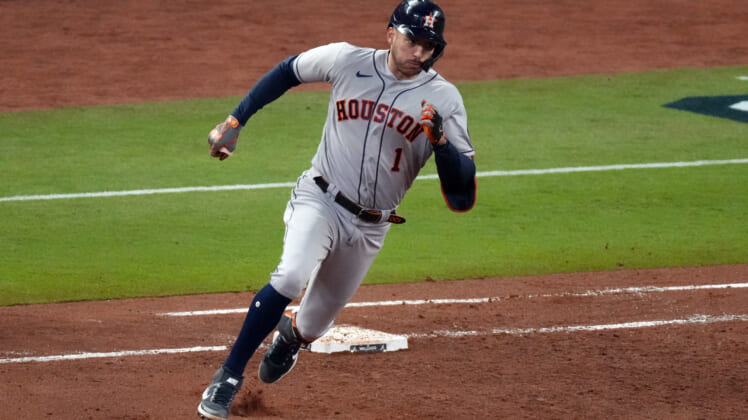 The Chicago Cubs have been one of the most active teams this MLB offseason on both the free agent and trade market.

Carlos Correa is quite possibly the best remaining player on the MLB free agent market. According to WSCR’s Bruce Levine, the Cubs have “serious interest” in Correa, and the feeling is mutual. This would be an optimum pairing.

Here’s why Correa and the Cubs are a match.

The Cubs still had a respectable offense after trading away Javier Baez, Anthony Rizzo, Kris Bryant and Joc Pederson before last season’s MLB trade deadline. That said, they don’t have a proven, impact player in their 2022 offense. Correa would be that player for the Cubs.

The career-long Houston Astros’ shortstop is one of the best middle infielders in the sport. He’s smooth with the glove and adept at making tight-window throws over to first base. At the plate, Correa is an efficient hitter. He has a compact swing from the right side, works the count and puts the ball in play with frequency.

Correa is coming off the best all-around season of his MLB career. He posted 20 DRS at shortstop, was highly efficient at the plate in the regular season and a consistent force in the postseason.

Correa becomes the Cubs’ shortstop of the present and future. Playing alongside some combination of Patrick Wisdom, Frank Schwindel, Nick Madrigal, David Bote and Nico Hoerner, Correa would help create a reliable starting infield for manager David Ross. It would become the identity of their ballclub.

Correa helps reload some of the Cubs’ midseason trade departures, specifically Baez in that they’d be signing an All-Star infielder to replace another such player. 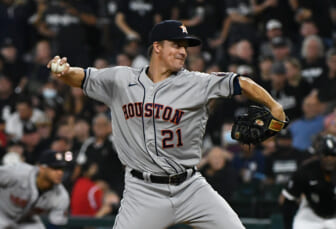 The irony of the Cubs being sellers last season was that the players who filled voids in their order weren’t young MLB players: they were players in their late 20s/early 30s who made the most of their opportunity to play every day.

Schwindel is 29. Wisdom and Rafael Ortega are 30. Bote is 28. This is an offense of players who are nearing or in their primes. Correa fits that timeline. Still 27, the Cubs would be signing up for the prime years of Correa’s career.

If players like Wisdom and Schwindel build on their encouraging 2021 campaigns, this offense could be in the top-half of the sport with Correa. The Cubs aren’t a rebuilding team, evidenced by their offseason moves to date, as well as the presence of veterans like Kyle Hendricks and Willson Contreras. They’re in more of a retooling phase.

Young pitchers like Alec Mills and Adbert Alzolay have been getting invaluable big-league starts; at least one of these hurlers could be in store for a breakout season. As previously alluded to, the Cubs have a handful of position players who can come through with timely hits, too.

Chicago has payroll flexibility because they didn’t back up the truck to keep Baez, Rizzo and Bryant, who seemed poised to ink mega deals a year ago. It’s unlikely that the organization wants to sit back and be a tedious operation for the next two years.

Chicago Cubs can compete for the playoffs with Carlos Correa

The Cubs’ 2022 dynamic changes with Correa.

For starters, they’ve already improved their ballclub this offseason. Stroman is a savvy, groundball pitcher who has pitched at a high level for the better part of the last five seasons. If Kyle Hendricks bounces back from an uncharacteristic 2021, he and Stroman form a potent one-two rotation punch. Meanwhile, Miley is coming off a superb season with the Reds, where he posted a 3.37 ERA across 28 starts.

Frazier is a compelling pickup. The right-handed hitting outfielder has legitimate pop from the right side and was brought in on a minimum deal. If he gets the chance to play every day, Frazier could become part of the team’s offensive future. All the while, Gomes is a steady, two-way catcher who can be the team’s primary backstop if Contreras is traded.

The Milwaukee Brewers are the best team in the NL Central, and the St. Louis Cardinals have more depth than the Cubs. At the same time, Milwaukee and St. Louis can be volatile and aren’t flawless teams; they’ve each dealt with considerable offensive struggles in recent memory. Chicago can at least put up a fight as currently constructed. Throw Correa in the mix and they’re a team with playoff upside.

Carlos Correa would put the Chicago Cubs on a path that leads to World Series aspirations in the not too distant future.