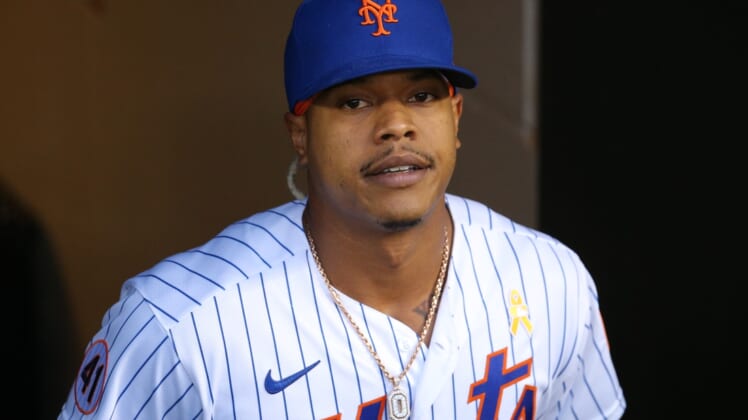 The Chicago Cubs continued a busy 24 hours in free agency Wednesday, capped by free agent right-handed pitcher Marcus Stroman announcing on social media that he was joining the club.

ESPN reported the Stroman deal is for three years and $71 million.

The Cubs also reached a one-year deal with outfielder Clint Frazier on Wednesday to go along with their reported deal with catcher Yan Gomes on Tuesday.

Stroman wrote on Twitter, “Chicago has always been one of my favorite cities. Culture and passion everywhere. Beyond excited to pitch in front one of the best fan bases in all of sports. Thank you to everyone in the city for the warm welcome. I can feel it. Let’s get to work! …

“Wrigley Field is the only big league stadium I haven’t pitched at in my career. Crazy. Can’t wait to call it home!”

Wrigley Field is the only big league stadium I haven’t pitched at in my career. Crazy. Can’t wait to call it home! @Cubs

His career started as a first-round pick in Toronto, where he played for the Blue Jays from 2014-19 before joining the Mets midseason on 2019. Stroman has a 61-60 record and a 3.63 ERA in seven major league seasons.

Frazier, also a former first-round draft pick, has struggled with his health throughout his career. He never appeared in more than 69 games in any of his five seasons with the New York Yankees.

“Fortunately for him, his story is not complete from a baseball standpoint,” Yankees manager Aaron Boone said last week. “The bottom line for Clint is, he’s a guy with a lot of ability. It’s just a matter of he’s dealt with some injuries and different things that kept him off the field at times. But I feel if he gets the right opportunity … he still has a really good opportunity to write a really good career story.”

MLB Network reported that Frazier’s one-year deal features a base salary of $1.5 million.