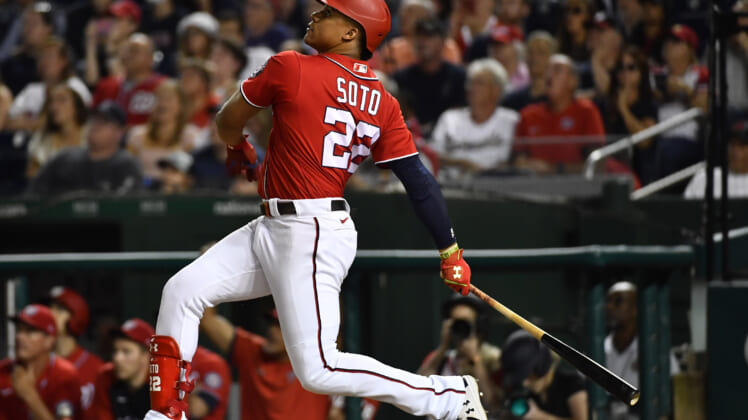 One year ago, the Washington Nationals had their sights set on bouncing back from a rough 2020 campaign. Back to the present and they’re fresh off a full-fledged midseason fire sale that saw them trade everyone not named Juan Soto — or at least it felt that way.

Speaking of Soto, the most pressing question surrounding the Nationals’ future is if and when they’re going to extend their starting right fielder. Washington shouldn’t put this off any longer: give him the dough.

Here’s why the time is now for the Nationals to extend their 23-year-old superstar.

After trading away Max Scherzer, Trea Turner, Kyle Schwarber, Yan Gomes, Daniel Hudson, Josh Harrison, Jon Lester and Brad Hand, the Nationals became and remain an extremely raw team. In the infield, former top prospects Carter Kieboom and Luis Garcia have the chance to be everyday players next season. In the outfield, Lane Thomas and Victor Robles, who are each no older than 26, likely fill out the team’s center field depth.

Keibert Ruiz and Riley Adams, who are each no older than 25, figure to be Washington’s catching tandem. On the hill, Josiah Gray is 24, Erick Fedde is under team control for three more years and top pitching prospects Cade Cavalli and Jackson Rutledge could make their MLB debuts next season.

From a competitive standpoint, the youth movement means the Nationals have a lot of developing to do. On the other hand, they have the ability to commit to Soto for the next decade-plus. Why? The aforementioned players are under team control and in most cases are several years away from free agency.

Patrick Corbin’s six-year, $140 million contract expires after 2024, which is when Soto is a free agent. While one figures they attempt to keep him, first baseman Josh Bell is a free agent after 2022. In short: the Nationals have a great deal of long-term payroll flexibility.

A roster of players in their 20s and others on the back half of their contracts is an optimum set of circumstances when it comes to giving out an essential lifetime contract. 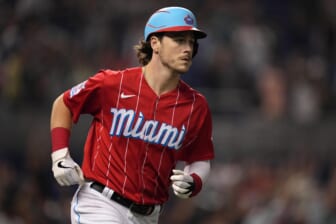 There are two prime factors at play with the Nationals, which is their recent triumph and their stubborn roster decisions.

Once upon a time ago, the Nationals won the 2019 World Series. A key decision made the offseason prior to the Nationals’ championship was signing Patrick Corbin, who just put together a career year with the Arizona Diamondbacks, over re-signing outfielder Bryce Harper. After winning the World Series, the Nationals chose to re-sign Stephen Strasburg to a seven-year, $245 million deal over third baseman Anthony Rendon, who signed that same contract with the Los Angeles Angels.

Among the many trades of last season, the Nationals sent Scherzer and Turner to the Los Angeles Dodgers. Turner had become the elite shortstop the Nationals hoped he would be and was a year and a half away from free agency when the trade was made.

At some point in time, Harper, Rendon and Turner were one of the five best players at their respective positions with the Nationals. The organization chose starting pitching over all three players or simply traded them before they hit free agency. Washington has traditionally invested in starting pitchers (Scherzer, Corbin and Strasburg twice) over position players given their track record of developing the latter.

All that said, these substantial losses have piled up to an extraordinary degree. When the Nationals lost Harper, it was reasonable to expect them to keep Rendon. That didn’t happen. When Rendon departed, one would’ve figured it meant they were keeping Turner. That didn’t happen. Washington can’t afford to lose another top prospect-turned star. 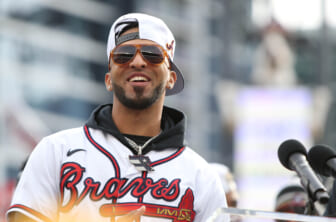 Next season, the ones that follow and the Nationals’ brand all revolve around Juan Soto.

One way or another, an otherworldly contract is in Soto’s future, and it will likely exceed Mike Trout’s 12-year, $427 million deal. We’re talking about a perennial MVP-caliber player who’s a force to be reckoned with from the left side.

He ropes pitches to all fields, has high-level plate discipline, manufactures offense with ease and raked en route to the Nationals winning the World Series in 2019. He also owns the signature Soto Shuffle. Imagine if Soto isn’t with the Nationals in four years: they won’t have an identity. 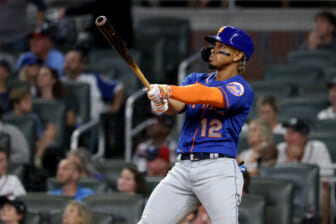 Washington has reason to indulge itself in the idea that they can be a playoff team again within two years. They have an amplitude of top prospects at or near the big leagues, veterans with bounce-back potential (Corbin and Strasburg) and a superstar in their everyday lineup. It’s also possible that the Nationals make some hefty, short-term signings to stay afloat once the MLB lockout is over. With that said, if the fundamental part of their operation isn’t intact or they lose it to free agency in three years, their retooling effort fails.

Juan Soto may end up being the best player to ever suit up for the Washington Nationals. His next contract will be record-setting for the sport and worldwide news. If they don’t pay him, another team will: they have every reason to extend Soto before the 2022 MLB season.