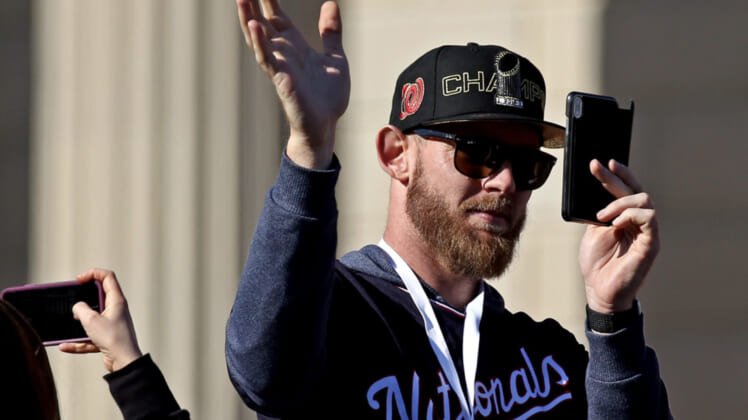 It has been a foregone conclusion since they earned their first ever World Series title back in October that the Washington Nationals would re-sign ace starter Stephen Strasburg in free agency.

That came to a realization on Monday, the first day of MLB’s winter meetings, with the Nationals inking the reigning World Series MVP to a record-breaking seven-year, $245 million contract.

It’s a deal that will likely be surpassed by fellow free agent Gerrit Cole here soon, as some MLB insiders noted.

Needless to say, the MLB world had some rather interesting reactions to Monday’s blockbuster news. A lot of the reactions surrounded what this means for the above-mentioned Cole.