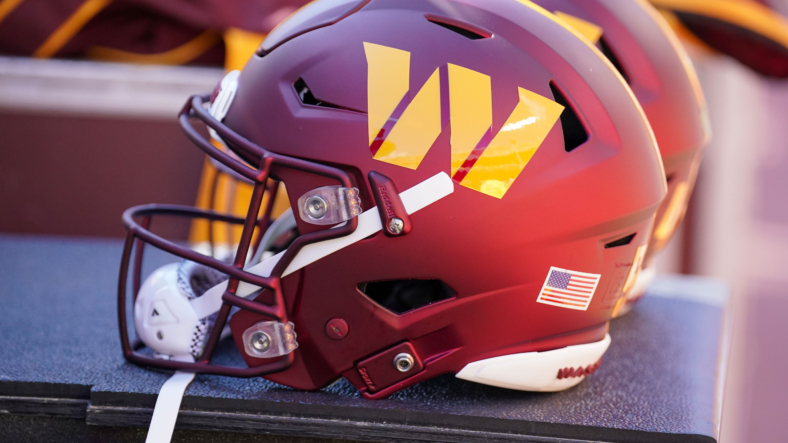 Despite selling drinking mugs with the wrong state outline, according to Nicki Jhabvala of The Washington Post, the Washington Commanders set a new franchise gameday record for merchandise sales on Sunday, September 11.

Perhaps it was about the collective fanbase being in limbo for the past two years, masquerading as the Washington Football Team for two seasons. Now they finally had a face and a name to represent, that being the Commanders.

Not only that, the Commanders are beginning an exciting season yet again with a new yet experienced quarterback who has all the tools necessary to lead the franchise back to the playoffs. The fans at FedEx Field responded in a big way.

The new merchandise record surpasses the previous mark, set in 2012, which was Robert Griffin III’s NFL debut after being the second overall pick.

But one of the biggest factors and probably the actual reason why the Commanders set a new franchise record in memorabilia sales is thanks to their brand new 6,200 square foot team store, which opened up for the first time at FedEx Field in Week 1.

Going 1-0 in a home victory over the Jacksonville Jaguars may have helped as well. Now, the team looks to go 2-0 for the first time since 2011 as they take on the Detroit Lions on the road.

But seriously, what was up with these Washington Commanders mugs?

How many levels of approval did these go through? Nobody realized this didn’t make any sense? Not the logo designer? Not the person who had the logo applied to the mug? What’s going on here?

You can’t help but laugh at how ridiculous not only the idea but also the execution only for the simple fact that they happened at all. While the Commanders had several high points to celebrate on Sunday, this clearly wasn’t one of them. But that has nothing to do with the coaching staff or the players. They still got the win on the field.