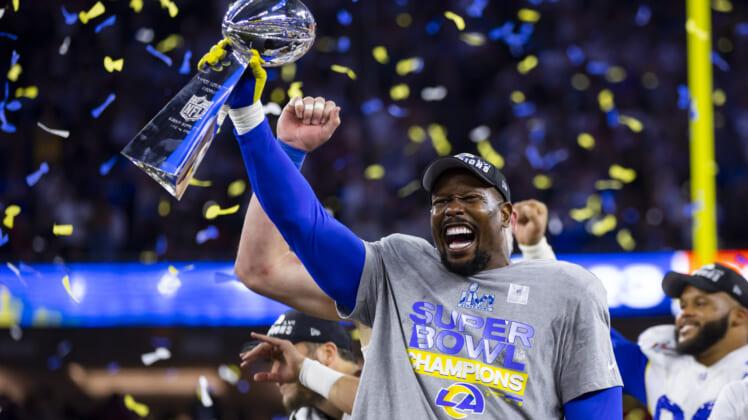 It is starting to look more and more likely that Von Miller’s NFL free agent journey could end with a return to the Los Angeles Rams.

Following the news of Chandler Jones’ decision to sign with the Las Vegas Raiders, Von Miller has become the most proven pass rusher left on the open market. The two-time Super Bowl winner will turn 33 at the end of the month, has 10 years of wear and tear on his body, and has been through a whole bunch of playoff games.

However, outside of an ankle injury that cost him the 2020 season, he has consistently been one of the best edge rushers in the league over the last decade while playing for the Denver Broncos, and the 2022 Super Bowl champion Los Angeles Rams. In being able to help the franchise win just their second championship, he proved his high value despite his age.

Over the last month, there have been various rumors and reports on where Miller could take his services in the upcoming season. A couple of weeks ago there were indications a reunion with the Broncos was very possible. On Tuesday, reports pointed to his interest in his home state team the Dallas Cowboys. Yet, the latest from the rumor mill claims both options are now unlikely.

On Wednesday, NFL Network insider Ian Rapoport took to Twitter to reveal that teams around the league are now “convinced” that Miller is headed back to LA.

“What’s next in the pass-rush world? The Rams are working to bring pass-rusher Von Miller back, sources say. Nothing done. Other teams are still pushing. But they are convinced he’s headed back to the champs,” he wrote.

The Rams may still need to do some cap massaging before they can give Miller a new deal. The team has less than a million dollars in available space. However, a comeback for Miller is a sensible choice for the reigning Super Bowl champs.

Returning as many pieces as possible to a championship recipe should be the pursuit of every title team. Odell Beckham, Jr. is another player the team traded for during the season and is available as a free agent. 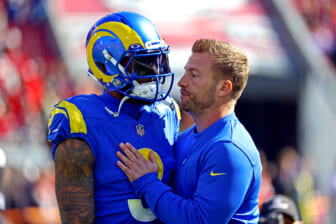