UFC 278 results: Leon Edwards shakes up MMA and 9 other big winners and losers 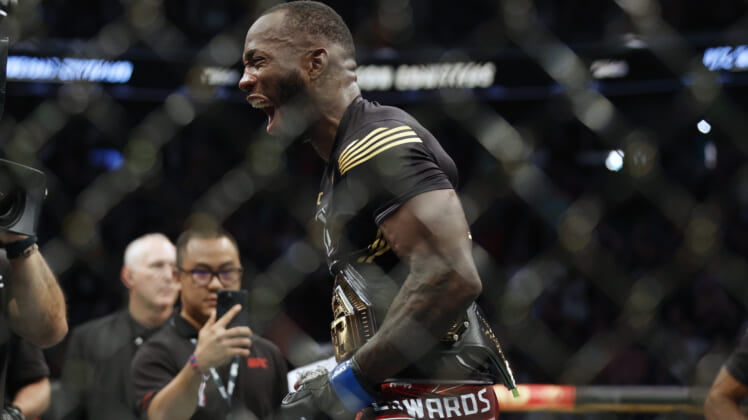 The UFC 278 results featured exactly what you would expect from a massive UFC pay-per-view card. Knockouts, submissions, and oh yea, the end of one of the greatest titles reigns in UFC history.

The event from inside the Vivint Arena in Salt Lake City, Utah was headlined by a monumental rematch in the welterweight division. As the top fighter in the Sportsnaut UFC welterweight rankings, and UFC pound-for-pound rankings, Kamaru Usman, aimed to defend his title for a sixth straight time in a rematch against Leon Edwards.

The champion won the pair’s original clash almost seven years ago by unanimous decision. History seemed on track to repeat itself and then Edwards stole victory from the jaws of defeat with an absolutely stunning head kick finish with 57 seconds left in the fight. Ending one of the greatest title reigns in UFC history.

The card also saw the return of former middleweight titlist Luke Rockhold in a grudge match versus Paulo Costa. As well as a major matchup in the bantamweight division as UFC legend Jose Aldo battled rising star Merab Dvalishvili.

Let’s take a look at the biggest winners and losers for the UFC’s lone PPV event in September.

Leon Edwards shook up the MMA world on Saturday night. For the final four rounds of the bout, the Englishman seemed shellshocked and defeated and Usman was having a vintage Usman performance. And then it all changed with less than a minute left. The fight became the epitome of a fight that isn’t over until the final bell sounds.

In one fell swoop, “Rocky” handed the pound-for-pound best fighter in the world his first knockout loss and ended the greatest title reign in UFC history. His win will go down as the greatest come-from-behind win in promotion history.

This will be a very difficult pill for Usman to swallow. After a rough opening round where Edwards threw a scare into him with a rear-naked attempt, he dominated the final four rounds in classic Usman fashion. But one mistake late cost him his title and ended his historic reign. It’s hard to knock the champion because he did so much good in the bout. But the fight game can be harsh and even true legends make fatal mistakes.

In his UFC 278 results, Luke Rockhold’s body once again failed him like it has for much of the last few years of his career. Both he and Paulo were affected by the altitude in the fight, but a staph infection Rockhold had in the lead-up likely had an even bigger effect on fight night. It makes you wonder if he were just a little bit healthier, could he have pulled out a shock win and not retired after the bout? But we will never know. In the end, the former multi-promotion champion ended his career with a bizarre but entertaining fight that had a true gross-out moment at the conclusion (which you can find above).

If you doubted the real problem Merab Dvalishvili is for opponents, he showcased it again against a legend on Saturday night. “The Machine’s” output and relentless style are different than say the Diaz brothers, but effective just the same. Opponents are either worried about his takedown or busy backing up as he aggressively pushes forward and never stops throwing. While his style isn’t flashy or pretty, Dvalishvili is a world-class athlete and a legitimate problem for the elites at bantamweight after Saturday night.

Jose Aldo’s UFC 278 results may have put a final nail in the coffin that is “Junior’s” hopes of being a UFC champion again. Dvalishvili’s cardio and output were puzzles the MMA legend just had no answers. While Aldo is only 35, and a talented fighter in the premiere cage fighting promotion in the world, the door was officially closed on a future title fight in Las Vegas. Aldo vs. Cruz in a clash of legends anyone?

Many doubted Marcin Tybura heading into Saturday night and he proved all those doubters wrong. The Polish star will never fight for the UFC heavyweight title but he is the ultimate gatekeeper in the division. Sometimes young stars pass that litmus test. However, the Salt Lake City altitude and his notable big fight experience advantages played a major role in getting “Tybur” one of the biggest wins of his career. Don’t sleep on Marcin in a big moment.

Alexandr Romanov entered UFC 278 as one of the biggest favorites and arguably the best prospect in the heavyweight division with a 16-0 record. And then talented veteran Marcin Tybura derailed all of that momentum. After a dominant first round, it seems like the altitude in Salt Lake City had an effect on the Russian. His output declined in the final two rounds and he was unable to score any more takedowns. With his best weapon taken away with exhaustion, he was outworked by an experienced fighter and hit the first major bump in his career road. UFC 278 was a learning lesson for “King Kong,” a fighter that still has a lot of potentials. 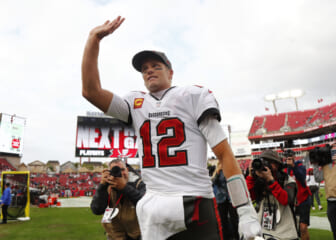 Also Read:
Dana White: Tom Brady to the Las Vegas Raiders was done before Jon Gruden blew the deal up

While Jared Gordon is unlikely to become a title contender in the UFC lightweight division, he has quietly had a very strong tenure in the UFC and seems to only be getting better. On Saturday night, he scored a fourth win in his last five fights and moved his Octagon record to 7-4. Many fighters with more athletic gifts have come and gone from the UFC. However, “Flash” continues to max out his abilities and score wins at the highest level. How can you not respect that?

Luis Saldana will look back on his UFC 278 results with a great deal of frustration. For much of his fight with Sean Woodson, he seemed to be the better fight. Hurting his foe early and having much of the momentum. Yet he could not fully capitalize on his advantages and severely hampered his chances with a very illegal knee to the head of Woodson while he was down. Which cost him a valuable point on the scorecards. While he will leave the event with a draw, it was a fight where he had a lot of chances to have turned that D into a W on his resume.

Amir Albazi was one of the best flyweight prospects in the world when he joined the promotion in 2020, and his UFC 278 results were another example of the potential the native of Iraq has. On Saturday he earned a second first-round submission in just three UFC bouts and stayed unbeaten inside the Octagon. The 125-pound weight class is always in need of an influx of new faces in the top 10, and “The Prince” — the eleventh-ranked fighter in the division — should be ranked among the 10 best on Monday.