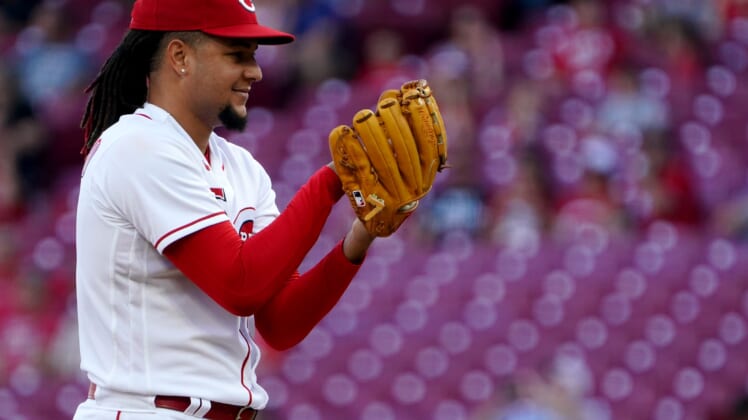 The Aug. 2 MLB trade deadline is near, causing some teams to turn up the heat while trying to scramble in order to address their needs. While no Juan Soto or Shohei Ohtani trades have occurred, we have seen other All-Stars moved, such as Andrew Benintendi, and now, Luis Castillo.

According to Jeff Passan, the Cincinnati Reds have agreed to send their two-time All-Star starting pitcher to the Seattle Mariners for a collection of top prospects.

Let’s break down what the Castillo trade means to each team both in the short term and in the long run.

Evaluating the Luis Castillo trade for the Seattle Mariners

Obviously in the short term this is a big win for the Seattle Mariners. In the midst of what has the potential to be a special season, there’s likely no shot of them catching the AL West leading Houston Astros for first place, but the Mariners need to ensure they can hold onto a Wild Card spot.

Castillo can help them do that by stabilizing the staff, slotting in behind Logan Gilbert and Robbie Ray. It gives the Mariners a formidable trio that makes them a tough out in the postseason if the bats can get hot.

But we also can’t ignore that the Mariners gave up their three of their top-five prospects to do so, for a player who’s under team control only through 2023. It’s likely the Mariners reach a long-term extension with their new acquisition in time, but if Castillo can’t elevate his new ballclub in the playoffs, the cost may turn out to be too expensive in the long run. That makes an extension all the more important, extending their window to compete.

Who did the Cincinnati Reds get for trading Luis Castillo?

It’s never fun trading a homegrown player who fans got to witness develop into an All-Star pitcher during his six-year tenure. But, at 29, Castillo likely doesn’t fit the future of the Reds, and they’re not going anywhere as is.

In turn, the Reds were able to convince the Mariners to send their No. 1 ranked prospect, in addition to their third, and fifth-ranked prospects in their organization according to MLB.com. In other words, that’s a haul.

Marte and Stoudt may be the most pro-ready of the group, with MLB.com projecting both to make their professional debuts by 2023. Depending on how ugly this season gets, we could see Stoudt called up even sooner. Marte, still just 20, may have to wait until 2023.

Currently down in advanced-A ball, Marte is a five-tool player who could eventually switch to third base or handle center field. No matter what, he’s immediately the best player in the Reds’ system, coming in ahead of Nick Lodolo.

This trade now gives the Reds a total of six prospects on the MLB top-100 prospects list, giving them a much brighter future ahead. It’s only a matter of time before some of these lotto tickets start paying off, but the Castillo trade is a strong way to boost what was already a promising young collection of talent.