San Diego Padres reportedly the ‘frontrunners’ in Juan Soto trade talk: How a deal might look 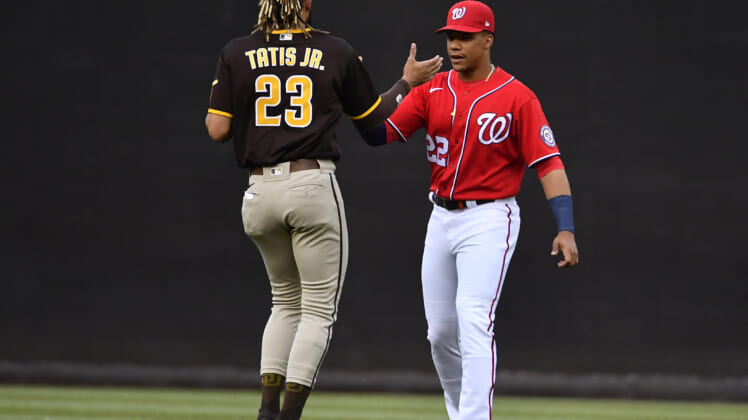 The San Diego Padres have reportedly jumped to the front of the race to land Washington Nationals superstar Juan Soto. According to Hector Gomez, trade talks are heating up, and the two teams are in serious discussions to swap their expensive parts.

The Padres are as good as they have been in a very long time. Led by Fernando Tatis, Jr. and Manny Machado, the team is on the cusp of their first non-pandemic shortened winning season in 12 years. There is an air of hope in San Diego that the Padres will finally make a long-awaited return to the postseason.

With a strong core in place, the Padres are just a piece or two away from being a real contender to reach the World Series in the near future. That is why the organization has been linked to a possible trade for Nationals All-Star Juan Soto. The talented outfielder is one of the best players in baseball at only 23, and acquiring him could be a paradigm shift in the power structure of the National League West.

Last week, it was reported that the St. Louis Cardinal were the favorites to land Soto due to the fact that they have the young talent at the major league and Triple-A level that the Nationals covet most. However, on Thursday, ESPN MLB insider Buster Olney revealed that there has been a shift in the Soto sweepstakes pecking order. “As of Thursday morning, some rival executives perceive the Padres to be the frontrunner to land Juan Soto,” Olney wrote on Twitter.

What would the San Diego Padres need to give up in a Juan Soto trade?

San Diego has been speculated as a possible Soto destination since he first became available. Due to their solid farm system and the aggressive reputation that general manager AJ Preller has developed. So if they were able to finalize a trade with the Nationals, what might that look like?

Washington general manager Mike Rizzo reportedly wants players that can make an impact soon. He isn’t looking for players that could make a difference at the big league level in two or three years. That is why players like CJ Abrams and MacKenzie Gore are sure to be included in a Soto trade. Since they are two of the Padres’ best young players on the MLB roster.

However, the Padres will still need to give up many of their best talents on the farm to rent Soto and make a serious run at a World Series in the next two and a half years. This likely means also trading Luis Campusano, Robert Hassell III, Reiss Knehr, and Ray Kerr. The second, first, sixth, and twenty-fourth ranked prospects in the team’s system (via MLB.com). 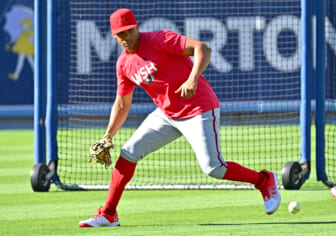 That could certainly vary and someone like Campusano might be removed from the deal, but either way, the Padres are going to have to give up a historic haul to get a player of Soto’s talent level on a very affordable contract over the next few years.