The (9-7-1) New York Giants will play their first playoff game in six years as they travel to Minnesota to take on the (13-4) Vikings in what should be a highly competitive and captivating Wildcard round game on Sunday.

These two franchises are no strangers when it comes to facing one another in the playoffs, as they have met three times in the postseason over the past 30 years. The Giants won the 1993 Wildcard matchup (17-10) as well as the 2000 NFC Championship Game (41-0), and the Vikings won their 1997 opening-round clash 23-22.

Three weeks ago, these teams played in one of the most entertaining games of the season, and the Vikings came away with a 27-24 victory, thanks to a franchise record 61-yard field goal by Greg Joseph as time expired.

Despite the loss, New York came away from that game with confidence as they outgained Minnesota 445 to 353 in total yards, and if not for being minus two in turnover differential they would have come away with a victory.

With this fantastic matchup in mind, here are three reasons why the Giants have a pretty good chance of getting revenge against the Vikings on Sunday afternoon.

New York Giants have a healthy secondary this time around

In their first matchup, the New York Giants secondary had no answers for Justin Jefferson and tight end T.J. Hockenson. The duo tormented the Giants for the entire game as they combined for 25 receptions for 242 yards and three touchdowns. It’s difficult to try and stop players the caliber of Jefferson and Hockenson, and that task is even more challenging when you’re without two of your best defensive players.

That was the case in Week 16 as Big Blue was without safety Xavier McKinney and corner Adoree Jackson. McKinney made his return in New York’s playoff-clinching 38-10 win over the Colts in Week 17, and Jackson is trending to make his long-awaited return on Sunday after missing the final seven games of the season with a sprained knee. 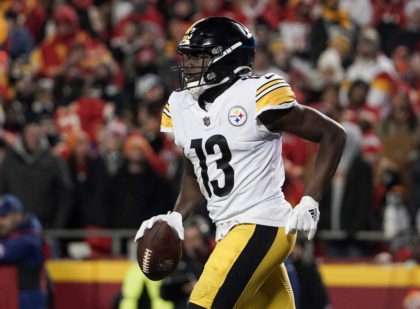 Having McKinney and Jackson on the field will allow defensive coordinator Wink Martindale to be creative in his schemes to shut down Jefferson and Hockenson. You can rest assured that quarterback Kirk Cousins will have a greater degree of difficulty getting the ball into the hands of his Pro Bowl pass catchers on Sunday than he did in the first meeting.

The emergence of Richie James and Isaiah Hodgins

It’s been mentioned throughout the season that Daniel Jones does not have a true number-one receiver. Darius Slayton has big play capabilities but is not an elite wideout. However, recently two receivers have emerged that have been dependable options for Jones and have helped make the New York Giants passing game respectable. They are Richie James and Isaiah Hodgins.

The Vikings can attest to this as James and Hodgins each had receptions back in December for a combined 179 yards and a touchdown. As a result, Jones threw for 334 yards which was the second most he’s thrown this season. 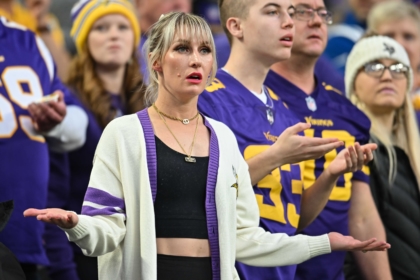 The Vikings’ defense has been horrendous giving up 388 yards per game, and 265 passing yards a game. Both rank 31st in the league. To make matters worse for Minnesota, their third-leading tackler Harrison Smith is dealing with a knee injury and was limited in practice on Wednesday.

With the offensive coordinator Mike Kafka aware of the weakness in the Vikings’ secondary, look for James and Hodgins to be even more productive than they were a few weeks ago.

The Giants are the fresher team

The New York Giants rested almost all of their starters in the regular season finale against the Philadelphia Eagles. Minnesota played their starters last week against the Bears as they had hopes of moving up to the number two seed if the 49ers lost to the Arizona Cardinals.

Not only did they miss out on getting the number two seed with the 49ers winning, but their star running back Dalvin Cook had to leave the game momentarily due to a knee injury.

Cook will play on Sunday but probably won’t be 100%. The Giants have injury issues of their own, but all of the starters are expected to play after essentially having a “bye week” last week. Sunday’s Wildcard game is expected to be another hard-fought battle that will be decided in the final moments. With the Giants being the fresher of the two teams, that could be just the advantage they need to move onto the Divisional Round.