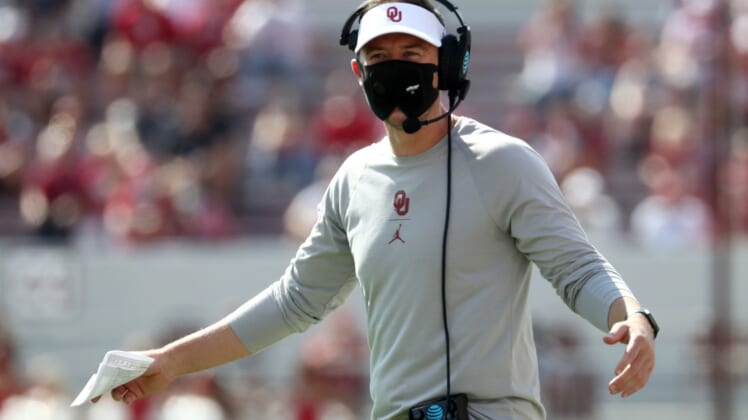 NFL rumors leading up to the conclusion of the 2020 season indicated that the Philadelphia Eagles might fire Doug Pederson. It did look for a while after they finished up shop on a disastrous four-win campaign that Pederson would be retained.

That’s obviously not going to be the case. The Eagles announced on Monday, more than a week after their humiliating season finale, that they have indeed fired Doug Pederson. It is somewhat of a shocker given that he’s just a few years removed from leading Philadelphia to its first-ever Super Bowl title.

With that said, a rift seemed to be growing between Pederson and Eagles owner Jeffrey Lurie. After a meeting earlier on Monday, Philadelphia’s top dog decided to part ways with Pederson after five seasons. Now, NFL rumors are going to focus on who the Eagles might bring in to be their next head coach. Here’s a look at the top-five candidates.

This one seemed to start making its way around the NFL watercooler within minutes of Pederson’s departure from Philadelphia being made official. It makes sense for a number of reasons. If Philadelphia is truly intent on going with Jalen Hurts as its starting quarterback of the future after benching Carson Wentz for the youngster, Riley should be the team’s first call.

As you likely already know, Riley led Hurts to a tremendous 2019 season with Oklahoma. The quarterback tallied over 5,100 total yards with 52 touchdowns en route to being a Heisman finalist. This came on the heels of the 37-year-old Riley leading Baker Mayfield and Kyler Murray to the Heisman in consecutive seasons. One of the most-respected head coaches in the nation, Riley would sit atop the list of most teams looking for a new leader. Unfortunately, he has yet to show much interest in graduating to the NFL unless it’s with the Dallas Cowboys.

For some reason, it now seems that the market for Bieniemy during this year’s head coach cycle is dying down some. We’re not 100% sure what to make of that. The former NFL running back has proven himself to be among the best play-callers in the league and has been a finalist for multiple openings over the past couple cycles.

In his three years as the Chiefs’ offensive coordinator, Eric Bieniemy has led units that ranked in the top-six in both scoring and total yards each season. The one issue for Philadelphia here might be the fact that replacing a former Andy Reid assistant with the newest and hottest Reid assistant could be seen as pretty ridiculous. That’s especially true given that Pederson led this team to a Super Bowl title.

At 38 years old, Staley has quickly become a hot head coach candidate during this cycle. Even after failing to be as much as a defensive play-caller during his first three NFL seasons, this young man stepped up big time replacing the legendary Wade Phillips in Los Angeles.

The Rams head into their divisional playoff matchup against the Green Bay Packers ranked No. 1 in the NFL in both total defense and points allowed. It really has been a transformational performance for the Los Angeles’ defense. If Philadelphia were to go the defensive route for a new head coach, Staley would then have to bring in an experienced offensive mind to call the shots on that side of the ball. That could further complicate things here.

Yet another Andy Reid assistant, NFL rumors have linked this former quarterback to head coach gigs during the most-recent cycle. That’s despite the fact he just took over passing game coordinator duties this season and only has four years of coaching experience in the NFL.

Obviously, what we’ve seen from Patrick Mahomes playing under Kafka is one of the primary reason he’s being considered for head coach jobs. That would very much be the case if rumors persist that the Eagles are interested. The idea would be for Hurts to learn under this young 33-year-old offensive mind.

A former head coach at Utah, Florida and Ohio State, Meyer has primarily been linked to the Jaguars’ head coach opening after they fired Doug Marrone. It makes sense with Jacksonville likely to add consensus No. 1 overall pick, quarterback Trevor Lawrence, at the top of the 2021 NFL Draft. Jacksonville has a ton of cap room and draft picks to build that program from the bottom up.

With that said, Meyer being linked to Duval was before the Eagles’ coaching job became a possibility. Would the respected head coach opt for a bigger market and a team that’s close to contention than the Jaguars? It’s certainly something to think about as NFL rumors pick up regarding the Eagles’ next head man.