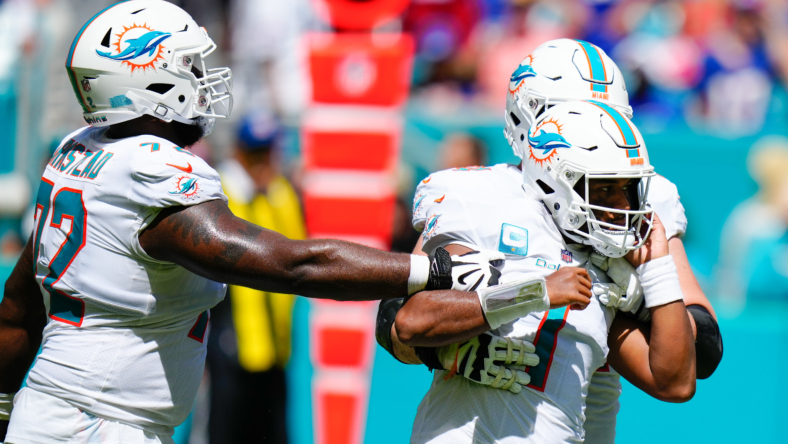 The NFL and the NFL Players Association are expected to overhaul the league’s concussion protocol, implementing a substantial rule change that could go into effect for Week 5.

Both the Miami Dolphins and the NFL’s concussion protocols are under investigation by the NFLPA after Miami Dolphins quarterback Tua Tagovailoa returned to a game against the Buffalo Bills after showing instability following an apparent head injury.

While both the Dolphins and Tagovailoa said after the Week 3 victory that he cleared the concussion protocol, allowing him to return, that ruling has come under significant scrutiny. Multiple medical professionals raised doubts about the decision made by Miami’s medical staff and the independent consultant.

Tagovailoa returned to beat the Bills and then received clearance to play on Thursday Night Football against the Cincinnati Bengals. Midway through the game, he was slammed to the ground with his head banging against the turf. Tagovailoa’s body immediately seized up with his fingers twitching, a fencing response that indicates significant trauma to the head. 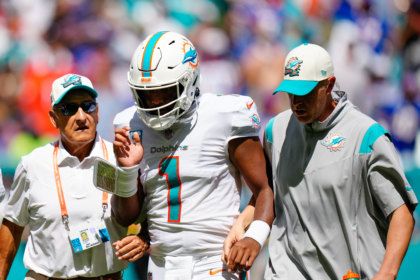 The 24-year-old was hospitalized and underwent a series of tests for several hours. While he was ultimately released and cleared to fly home with the team, the Dolphins and league officials received intense scrutiny from medical professionals and NFL analysts over the handling of Tagovailoa’s injuries.

While an investigation into the matter is going, changes are already underway. The players union acted on its authority to terminate the Dolphins’ unaffiliated neurotrauma consultant after it was determined that he didn’t abide by his duties in the case of gross motor instability to ensure Tagovailoa’s long-term health.

On Friday, the NFL and NFLPA released a joint statement announcing a looming change to the concussion protocol. If a player shows “gross motor instability”, unable to stand or walk on their own after contact to the head, they will not be allowed to return to the game. 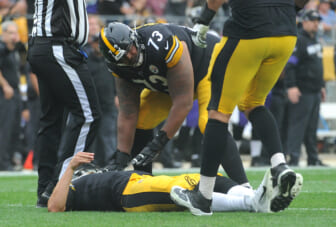 Both the league and players’ union are still discussing other potential changes that could be made. However, Adam Schefter of ESPN notes the rule change could go into effect by Week 5.

While the sudden alteration to the concussion protocol might cause some frustrations among players and coaches, Tagovailoa’s head injury on a national stage is a moment league officials and the NFLPA wants to try and prevent in the future. Both sides will hope the new protocol is a step toward avoiding any instance where a player suffers multiple concussions within the span of a few days.