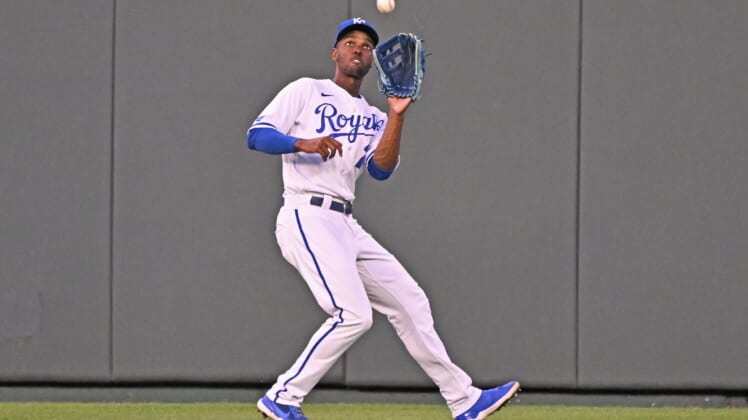 The New York Yankees have been rumored to be interested in Kansas City Royals outfielder Andrew Benintendi ahead of the Aug. 2 trade deadline. However, a new report claims the team could instead aim for a different outfield defender in Kansas City.

The Yankees have been the best team in baseball for much of the 2022 season. Their 61-25 record is tops in MLB and they have a commanding 14.5-game lead on the Boston Red Sox in the American League East. However, that doesn’t mean there aren’t areas where they can improve heading into the playoffs as they look to win a record 28th World Series title.

One area the team could surely use help is in the outfield. The left-field platoon of Joey Gallo and Aaron Hicks has not delivered in the way the Yankees need. Rumblings in the sport have suggested recently that Royals talent Andrew Benintendi could be an option for the team to cure the performance ills from left field.

Benintendi is expected to be up for grabs with the seven-year veteran set to become a free agent this winter. However, on Tuesday MLB Network broadcaster Jon Morosi claimed New York may see a different Royals player as a viable option to help them for their fall run to the World Series.

“Yankees are looking at a number of outfielders on the trade market, with Royals CF Michael A. Taylor among them,” Morosi wrote on Twitter. “Taylor won a Gold Glove in center last year and would help Aaron Boone to keep Judge, Stanton, and Hicks healthy in 2nd half and postseason.” 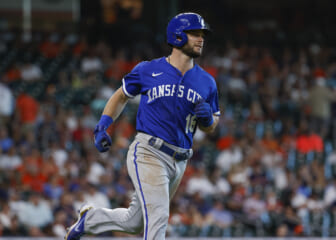 Taylor has been solid at the plate for the Royals this season. He has a slash line of .264/.340/.385 with five home runs and 24 runs batted in. However, the team likely won’t be getting him for his bat and would see him as a strong fourth outfielder and elite defensive replacement late in games.

Taylor is signed for one more season at $4.5 million.