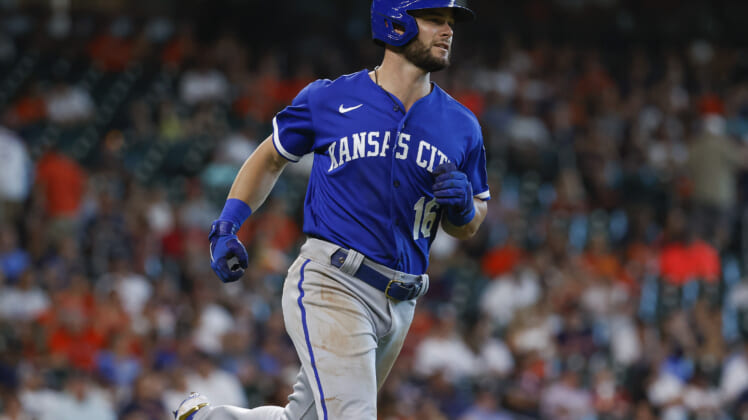 One MLB scout believes that with the New York Yankees being serious title contenders this season, they should be willing to give up nearly “anything” in their farm system in a trade for outfielder Andrew Benintendi.

The Yankees have dominated baseball in 2022. They own the best record in the league and have seemed like an unstoppable freight train during the first half of the season. They have also done so despite some dreadful play out of left field.

Thus far, the platoon of Aaron Hicks and Joey Gallo batted a combined .196 through their first 78 games of the season. While the team has certainly overcome their lack of offensive production, that is not a combo they can feel confident about heading into the playoffs.

That is why there has been a great deal of speculation around them targeting impending free agent Andrew Benintendi before the MLB trade deadline on Aug. 2. The 27-year-old is having a career year despite being on another putrid Kansas City Royals squad, and seems like the perfect answer for New York’s left-field issues.

In a conversation with NJ Advance Media, one MLB scout who follows the Yankees closely admitted they are high on the talents of Benintendi and what he could ring to the Yankees lineup.

“He’s a line-drive hitter from the left side who is hitting .300,” the scout said. “He’s somebody that you can count on every day. He’d stabilize left field to where you don’t have to worry about it. He played and won in Boston, so he can handle the New York market and pressure. He’s got big-time makeup, too. I’m telling you, the Yankees need this guy in their lineup instead of Gallo.”

However, there are several teams that will be interested in the seven-year veteran, meaning the asking price should be notable. While the scout admits the Yankees’ top prospects of Anthony Volpe, Jasson Dominguez, and Austin Wells will be off-limits, any player after that should be available to get an impact player like Benintendi.