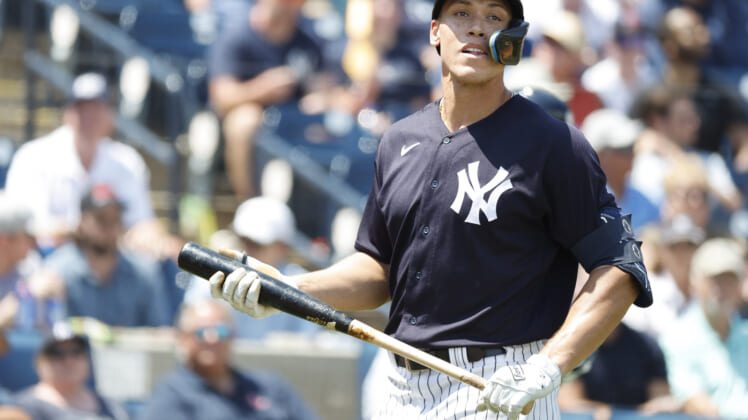 Hours before the New York Yankees schedule begins, star outfielder Aaron Judge and the club are still trying to negotiate a contract extension that would keep him in pinstripes for years to come.

Judge, a free agent in 2023, is very interested in remaining with the club. However, contract talks between the two sides haven’t gone well in recent weeks. Opening Day 2022 has been viewed as a soft deadline before the All-Star outfielder focuses on the 2022 MLB season.

New York already made a sizable offer to Judge, but the two sides remained far apart entering the week. With the first pitch before Friday’s game against the Boston Red Sox imminent, there is more news on the contract front.

According to Jon Heyman of the New York Post, Judge received a contract offer that would make him the highest-paid position player by average annual value in franchise history.

Alex Rodriguez currently holds the records with a $27.5 million AAV, the result of a 10=year deal worth $275 million signed in 2007. It’s believed that the offer made to Judge would blow past that number significantly, potentially reaching $30 million per season.

While it would make Judge one of the highest paid players in baseball, he and his representatives likely see a problem with the Yankees’ pitch. Rodriguez received $27.5 million AAV in 2006. The financial landscape has changed. MLB made $5.48 billion in revenue in 2007 compared to $10.37 billion in 2019.

Both sides are still at the negotiating table, which is a good sign. However, there is a real possibility that a long-term extension isn’t reached before Gerrit Cole throws the first pitch at Yankee Stadium.

Money certainly isn’t an issue for the New York Yankees. The team with the largest revenue stream in MLB can easily afford to sign its biggest star for $30-plus million annually. Aaron Judge is one of the best players in MLB and he’s also incredibly marketable for a club that has a huge demand for merchandise and jerseys.

New York’s concern is the length of a potential contract. Judge turns 30 on April 26 and many of the best teams in MLB avoid signing players past the 30-year mark to deals that extend beyond eight-plus seasons. One example, the Los Angeles Dodgers signed 32-year-old Freddie Freeman to a six-year deal that expires before his age-37 season.

There is even more reason for the Yankees to be cautious considering Judge’s injury history. Durability worsens with age and New York can’t protect Judge for an entire season because Giancarlo Stanton already serves as the designated hitter. Judge will deliver elite production for six seasons, the Yankees worry about what might come after that.

From Judge’s perspective, there’s no reason for him to rush into a deal. If he hits the open market, there will be plenty of teams willing to offer him an eight-year contract to make him one of the highest-paid players.

He also recognizes that the Yankees’ organization, coming off a quiet offseason, will face massive criticism nationally and from its fan base if Judge is allowed to walk in free agency next year. It’s why he’ll likely be able to push for $30-plus million annually and might apply enough pressure to land an eight-year deal from New York.

If a deal isn’t reached within minutes of Opening Day, contract talks between the two sides will likely be put on hold for some time.