Will New York Giants running back Saquon Barkley have a breakout game against the Los Angeles Chargers? 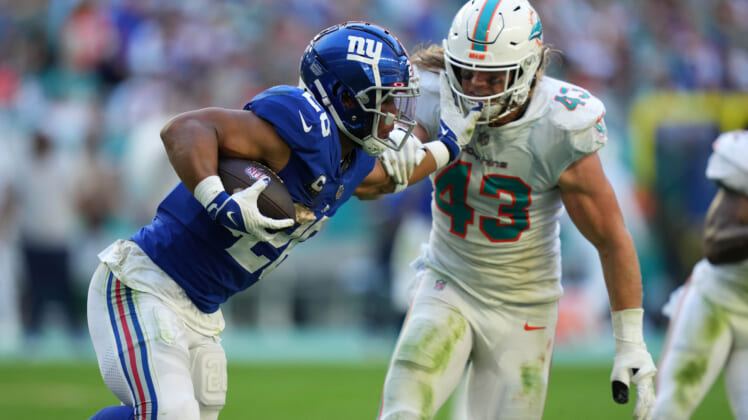 It’s without question, the (4-8) New York Giants have been one of the most disappointing teams this season.

The team was predicted to compete for a playoff spot in the NFC. Instead, they’re on the brink of clinching their fifth consecutive losing season if they lose to the (7-5) Los Angeles Chargers on Sunday.

One of the reasons for the Giants’ struggles this season, is that running back Saquon Barkley has been injured and unproductive. 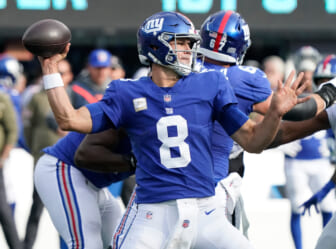 Saquon Barkley missed four games this year due to a sprained ankle. But prior to and after his injury, he’s seldom resembled the player he was in 2018 when he won Offensive Rookie of the Year.

For the season, Barkley has 84 carries for 315 yards and two rushing touchdowns. In the eight games Barkley has appeared in, he’s never rushed for more than 57 yards.

In fact, Devontae Booker has been slightly more effective than Barkley running the ball, as he’s gained 376 yards on 97 carries, and also has two rushing touchdowns.

Of course, you can’t blame all of Barkley’s struggles on him as the offensive line has been awful. However, everyone expected more from him, even after missing most of last season with a torn ACL.

With that said, the number two overall pick in the 2018 draft could have a breakout game on Sunday. The Chargers have the 31st ranked run defense in the league giving up 141 yards per game on the ground. They’ve also allowed three running backs to rush for over 100 yards this season.

Could Saquon be the fourth back to hit the century mark against Los Angeles on Sunday?

With Mike Glennon set to make his second consecutive start in place of Daniel Jones, Barkley should be heavily involved in New York’s offensive game plan. Interim offensive coordinator Freddie Kitchens should have learned in last week’s 20-9 loss to the Miami Dolphins, that Glennon should not attempt 44 passes. Expect Barkley to get at least 20 touches against the Chargers.

Some have called Barkley a bust, but that’s a little premature since he’s been injured every season with the exception of his rookie year. However if he can’t run the ball effectively against the Chargers’ defense, you have to wonder when or if he’ll ever be considered one of the best running backs in the league again. 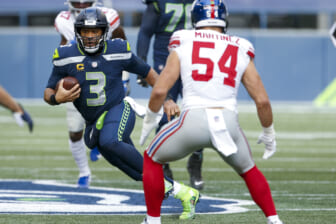